DEVIL IN THE DETAILS: The Words of Presidential Addresses 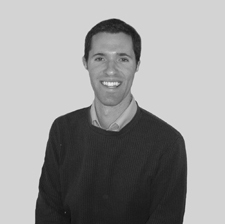 What’s in a word?

After all, President Obama had over 6,000 in his speech to Congress last week, led by 30 appearances of the words “economy” or “economic.” On paper, that’s .005 percent of his speech.

But can anyone who watched the 52-minute address say they weren’t the dominant words of the night? On a grand stage like the State of the Union, or, in Obama’s case, the semantically-differentiated, nominally less-official “State of the Nation,” words matter. And they always have.

Last week, the New York Times ran a table of the most commonly used words in famous first State of the Unions – Franklin Roosevelt in 1934, Richard Nixon in 1970, Ronald Reagan in 1982, Bill Clinton in 1993, George Bush’s similar “State of the Nation” in 2001 – and compared them with Obama’s oratorical battle against widespread financial fear. The results paint a picture of the moment, a snapshot not necessarily encompassing of the times but surprisingly prophetic of the ultimate legacy of that government.

In 1934, Roosevelt’s word tallies rank remarkably low on the list of buzzwords of today. Even faced with a deepening Great Depression, “economy/economic” appears just three times, while “recovery” and “government” are tied for the most appearances at seven apiece.

Both FDR’s perhaps gilded historical reputation and deservedly-lauded calm demeanor are on display, as “school” and “jobs” don’t appear, but he keeps mentions of a “crisis” to just two. Last week, Obama went to that c-word 11 times.

Nixon scores a whopping 22 lip-flappers of the “world,” epitomizing his shift from campaign and first-year exaltations of the “great, silent majority” and the overwhelming necessity for domestic reform after the supposed madness of ’60s social upheaval. Matters of the “world” were nearly double the appearances of other popular words (“responsibility” comes in at nine) and serve as a prescient harbinger of Nixon’s historical impact – foreign policy triumphs while cutting a swath of irresponsible moral leadership.

Reagan, too, cements the good and bad of his legacy in his first speech. Exactly 30 occasions of “government” coupled with 25 “taxes” marks the Gipper’s halcyon ascent to modern conservatism nirvana in our time. His other, less commendable works are on display too: one mention of schools, one mention of health care, five times as many mentions of “taxes” than “deficit” or “debt.”

Clinton, whom historian David McCullough, National Review editor Rich Lowry and Clinton’s first Secretary of Labor Robert Reich all publicly describe as wanting to please everyone, tries to do exactly that in 1993 when he hits all the keywords in rapid-fire succession. Take 23 “economies” plus 29 “deficits,” 24 “jobs” plus 28 “taxes,” add 18 “worlds” and 18 “health cares” to 25 “invests” and 26 “cuts” and 25 “governments” and what do you get? The only president in history to win two terms with less than 50 percent of the vote and leave office with job approval poll numbers in the stratospheric mid-60s: a president forever haunted by a popularity that never fully translated into like power.

George W. Bush may be the only president on this list whose speech doesn’t mesh with his ultimate legacy. His first major congressional address, delivered seven months before the attacks of Sept. 11, takes a Reaganite stance with 27 “taxes” and 19 “governments.” Delivering on his campaign promises to demand fiscal responsibility and establish bipartisanship under the arms of the Uniter, there is not a single mention of Iraq, Afghanistan or “enemies.”

But Bush would soon become the Decider, and his speeches would forget these mainstays and favor others: “terror” got a single mention in 2001; one year later the t-word found 36 mentions in an hour-long address, averaging better than one appearance every two minutes. As his administration prepared to bequeath the largest deficit in American history, any talk of the “budget” dropped from 26 in 2001 to three in 2008.

So will the power of words, the historical harbingers uttered by presidents in their first steps on the big stage, hold firm in the Obama administration? In an ailing financial system, can we expect 30 more “economies” each year? Will we ever get more than 2009’s solitary mention of “growth?” Will his speech at the end of one term or two be able to squeeze in a few more “hopes?”

That remains to be seen, but I personally take solace in the fact that President Obama may be the only commander-in-chief in history to include the warning, “nobody messes with Joe,” to both houses of Congress and six justices of the Supreme Court.

I’ll assume he’s talking about Vice President Biden, but don’t mess with me. Just in case.