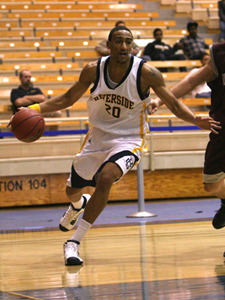 The Big West Conference Tournament for men’s basketball will be held March 11-14 at the Anaheim Convention Center in Anaheim, Calif.

Cal State Northridge currently holds the No. 1 seed since it is in the lead of conference standings.

UC Riverside sits in fourth with a surprising mark of 16-11 overall and 7-7 in conference play. The Highlanders have come a long way to place themselves where they are as of now.

Wooldridge has guided the squad into capturing a comfortable record both overall and in conference competition. If the season ended today, the Highlanders would have a first round bye in the tournament. This would be quite significant for the group in order to rest their bodies for one more day.

It will be the ninth consecutive season in which the tournament is held at the Anaheim Convention Center, located across from the Disneyland Resort.

The Championship Game will be March 14 at 1 p.m. Tickets start at $25. Fox Sports Network is scheduled to televise the contest.