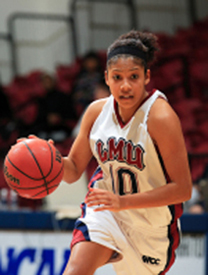 For the first time in history, the West Coast Conference Women’s Basketball Tournament will be held in a neutral site: Las Vegas.

Gonzaga and Portland finished as the No. 1 and 2 seeded teams for the tourney, respectively. Gonzaga finished with 24-6 overall record and 12-2 in conference play, while Portland was 17-12 and 10-4, respectively. Both squads have first and second round byes.

Two Southern California teams, Pepperdine and Loyola Marymount, finished in the third and fourth seeds, respectively. Pepperdine (16-12, 9-5) and LMU (17-11, 7-7) have a first round bye and will play Saturday, the second day of action.

However, Portland, Pepperdine and LMU are forces to be reckoned with. Both Portland and Pepperdine were the only teams who defeated Gonzaga in conference play. That alone should say a lot about both groups.

Nevertheless, the story truly lies with LMU, a well-coached team that is young and talented. A trio, composed of sophomore Renahy Young, freshman Alex Cowling and senior Cassady Moore, leads the attack for the Lions. Young (14.3), Cowling (13.7) and Moore (11.4) are averaging double figures.

LMU is scheduled to play the winner between Saint Mary’s and Santa Clara on Saturday at noon. The WWC takes place March 6-9. All games will be played at Orleans Arena in Las Vegas.