HORROR MEETS GUNS: Fear is in the mind of the gamer. 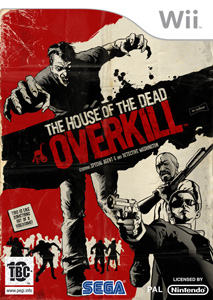 The way that entertainment is going this year, 2009 seems to be shaping into the year of Halloween. January saw the remake of My Bloody Valentine then February brought back our dear pal Jason Voorhees in the remake of Friday the 13th. On the gaming front, “Resident Evil 5” is still the big talk of the town, while other games like the Wii release of “Dead Rising” continue the horror trend.

While survival horror games – like “Resident Evil” and “Silent Hill” – derive fear from the need to run like hell to stay alive, there is another style of horror games out there. This second type – the “horror-themed” game – takes other genres and slaps on a thick layer of blood and gore. This last month has seen the release of two horror-themed games, but the questions arise whether these games are legitimately scary, and if not, whether they should be.

By its very title, you would expect “F.E.A.R. 2 – Project Origin” to be unbelievably scary. Considering that you are now part of a squad that has to fight off countless Replica soldiers while dealing with the horrible visions, destruction and abominations sent by an even more powerful and angry Alma, there is reason to be freaked out. All of the original game’s sudden flashes of hallucinatory violence and spooky sightings of the creepy little girl are back and daring you to play with the lights off.

That said, “F.E.A.R. 2” is still just a first-person shooter with some cool paranormal effects. Sure, the occasional blown-open corpse is likely to give the average audience member the creeps, but if you are used to blowing the heads off of your buddies’ bodies, a few gore-drenched skeletons are not going to be enough to scare you. It all ultimately comes down to whether you choose to get into the game enough to be scared or to just see it as an extremely entertaining, unique FPS.

“House of the Dead: Overkill,” on the other hand, seems very intent on taking any of the classic horror out of this incarnation of the series. Unlike previous, arcade-based installations of the ongoing battle between the AMS and the walking dead, “Overkill”’s shift to an American developer brings with it a whole new look.

This game – a prequel to the whole saga – is done in 1970s grindhouse style, complete with washed-out video, ridiculous amounts of blood and a cast of characters that include a playboy cop, a by-the-book detective and a stripper that is out for revenge. In short, they took the cheesiness of the original games and replaced it with intentional cheesiness.

Is it scary? Probably not in the Jason way, but cheesy gore-fests have never really gone out of style. We still love to see two-dimensional characters use wide arsenals to fend off hordes of the undead in theaters, and “Overkill” does a masterful job of translating the pure dumb joy of these films into the gaming world.

If you want to feel a bit more into “House of the Dead: Overkill,” you may want to consider the Wii Rumble Blaster from DreamGear. This gun with a detachable base for your Nunchuk includes a rumble feature and LED lights whenever the trigger is pulled. The really nice feature for this gun, though, is a second trigger on the grip that can press the A button when pulled.

The Rumble Blaster was built with a large area for controller attachments, which can lead to the controller falling out of alignment, especially when shaken, but all in all, the cool features and rubberized grip make it a good accessory for the Wii.