Watch This, Men (and Women)! 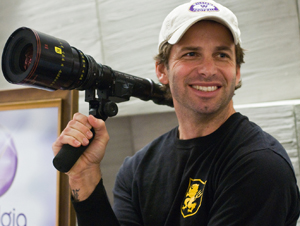 Hats off to Zack Snyder, the director of Watchmen.
(Credit: Clay Enos)

I don’t write reviews for films. I’m not a film critic either. The reason I don’t like to review or critique films is because I am a filmmaker myself, and aside from the fact that I don’t like the idea of reviewing and critiquing films, I don’t possess the skill set needed to do it.

However, once in a blue moon I’ll enjoy a film so much I’ll write a reaction to it. Not a review, a reaction. The film I’m talking about is Zack Snyder’s long awaited adaptation of the groundbreaking comic Watchmen.

No film is completely perfect, but it’s counterproductive to expect perfection from anything. One also has to keep in mind that unlike most art, film requires a disgusting amount of other peoples’ money to even make it happen, and convincing the people with the checkbooks who are more interested in revenue than critical acclaim to support a cinematic vision is an art in itself.

Just like The Dark Knight, the genius of Watchmen is what level of storytelling it exists on. The story deals with some seriously heavy stuff that studio executives aren’t generally willing to risk money on.

As a filmmaker, the risk excites me. Taking a creative leap means you don’t know where you’re going to land, but for studio executives, taking risks isn’t always as exciting as it is to the filmmakers. But every so often we get big risks like The Dark Knight and Watchmen, and I believe these two films are the beginning of a new era of filmmaking.

The comic book Watchmen, written by Alan Moore and illustrated by Dave Gibbons, is one of the most beloved in the history of comics and has been in development as a film for over 20 years with various big names attached at different stages. I think Zack Snyder (Dawn of the Dead, 300) was the right guy, and this was the right time.

There’s definitely going to be a big dialogue about how true the film is to the comic, and some people are going to be disappointed because that’s what people do. Everyone has to remember that film and text are not the same things.

Film has a language all its own, and sometimes in the adaptation process, the filmmaker has to make changes to the source material to make it work as a film. That’s just the way it is. If after you see Watchmen, your criticism is that it doesn’t have every minute detail from the book, I think you need to do two things: Appreciate the fact that it’s as close to the book as it is, and get a girlfriend.

Watchmen fans, including myself, are lucky that Hollywood didn’t pump out a crap version like so many other properties have been had done to them. Most adaptations are done by people who don’t get the material and therefore have no respect for it, or aren’t confident enough to do a faithful adaptation. Be thankful that this is what we got.

We got a beautiful three-hour film that stays wonderfully true to the original vision. Hats off to Snyder for making an awesome film, and hats off to Warner Bros. for having the balls to release it.