A RoundUp of Coed Happenings 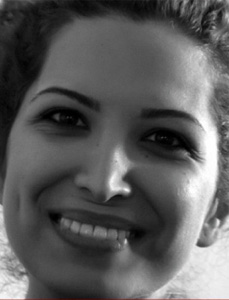 CSU Northridge grad Esha Momeni was arrested in Iran over four months ago while working on her master’s thesis. She is still not allowed to leave the country and therefore won’t be eligible to graduate with her classmates this spring.

Esha, who holds both Iranian and American citizenship, traveled to Iran to film interviews with women’s rights activists in Tehran. Pulled over for an alleged traffic violation, her video footage was confiscated and she was charged with acting against national security and propagating against the system.

She’s since been through solitary confinement, interrogation and forced to pay $200,000 bail, and the government refuses to return her passport. Her situation is not unusual; crackdown on women’s rights activists is common in Iran and at least three other women have been arrested and detained. Esha and her family hope that the Obama administration can negotiate talks to release her with Iranian officials.

March 11 at 5 p.m., enjoy a free lecture on the genius of Henri Matisse at USC led by Dr. Carol S. Eliel of LACMA. It kicks off the Templeton “Creativity of Genius” lecture series, exploring the life and work of icons who epitomize genius. Matisse certainly fits that description, believing that art should be “a soothing, calming influence on the mind, something like a good armchair which provides relaxation from physical fatigue.”

Free Tickets to the Roxy for New Twitter Users

Every Monday in March the Roxy will be giving away a pair of tickets via Twitter to every new follower and an additional pair for a tweet to @theroxy. You must contact @theroxy at least 72 hours before the desired show, and tickets are subject to availability. You’re allowed one pair of tickets per tweet (but one tweet max). Visit theroxyonsunset.com for upcoming shows, and start tweeting!

IMing Your Way to Love

A new study in psychology from UCLA concludes that the words couples use in their IMs to each other predicts the staying power of their relationship and the satisfaction of the couple involved. The study involved 68 undergrad couples in relationships of a year and a half on average, and 10 days of uncensored IMing.

Couples in which the female used the word “I” frequently in conversation tended to be more satisfied and more stable, while the male’s use of “I” suggested a relationship that wouldn’t last. Negative emotional words and sarcasm were also warning signs. So take it easy on those playful jibes, lovebirds.