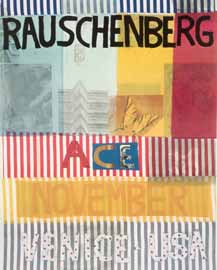 I don’t know about you, but I outgrew vintage French liquor posters – with their black cats and large-hatted woman – in college. Following the stage where cheap reprints of Van Goghs, "The Kiss" and Monets adorn dorm room walls, is the stage in which French liquor ad reprints decorate an otherwise cheap apartment.

LACMA attempts to break this artistic cycle by introducing German and Austrian posters into the mix. Because, other than the Neo-Nazi that lived down the hall of Couzins Dorm, Teutonic posters have been largely ignored.

"Whether motivating the public to buy products or to take political action, posters convince at a glance," says LACMA’s intro to their newest exhibit.

The style known in Germany as Jugendstil is exemplified in the exhibit with a 1931 poster for Fritz Lang’s "M" – a bloody M painted on a hand seemingly borrowed from Dr. Caligari. Propaganda, many people fail to note, almost always strives to be entertaining – it has to hold the public’s attention before it can deliver them a message. This exhibit exemplifies that these posters are, in fact, art.

Rauschenberg’s half of the exhibit chronicles the career of one of the most prolific poster artists of the 20th century (sorry guy who draws the Star Wars posters). Raushenberg utilizes every material he can get his gluey hands on – newsprint, collage, fabrics – to create his posters, which are mass-editioned for public use.

Grouped by subject, what appear to be commercials advertise just as much about the author – Rauschenberg’s interest in performance art, environmental issues, world peace, population control and intercultural exchange all become apparent.