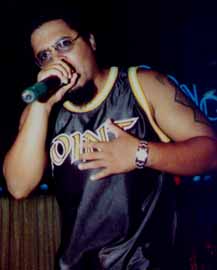 Latin hip-hop is no stranger to mainstream music. There wasn’t officially a documentary chronicling the inception of the genre until filmmaker Richard Montes took on the task. Montes’ Pass the Mic! features well-known and underground artists who made enormous contributions to the Latin hip-hop genre.

As part of the American Film Institute’s Fourth Annual Music Documentary Series, the hour-long film specifically targets West Coast Latino hip-hop artists. It took four arduous years for Montes to complete the film, and getting everyone to participate wasn’t simple.

"Some artists would be in town then take off for a month or two. As we started filming, more artists heard about it and began contacting us," says the twentysomething Montes. "We were able to interview more artists that we couldn’t previously get a hold of.

The film documents how "a lot of artists were pigeonholed to look a certain way, to act a certain way. Mellow Man Ace talks about how the label didn’t want Spanish lyrics. Psycho Realm talked about they were too political for the label," explains Montes. This could be the visual voice that Latin hip-hop needs.

Pass the Mic! will be screened at ArcLight Cinemas on Wednesday, April 13 at 8 p.m., to be followed by a post-film reception with live DJs in the ArcLight Courtyard. Montes and other special guests will attend the screening.