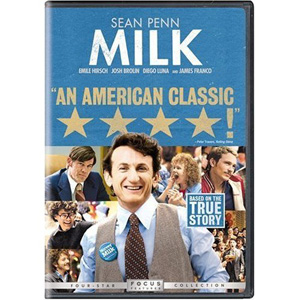 And the Nominees Are…

Former Disney royalty Anne Hathaway makes good with a Best Actress nomination in Jonathan Demme’s Rachel Getting Married. She stars as the annoying-named Kym, an on again, off again addict who returns home for her sister’s wedding. Debra Winger co-stars, while Sidney Lumet’s daughter, Jenny, wrote the film, her first.

Synecdoche, New York, Charlie Kaufman’s directing debut is not short on ambition. He assembles an all-star cast headed by Philip Seymour Hoffman as a disillusioned theater director who builds a life-size reproduction of New York inside a warehouse, where thousands of actors play parts for no audience in an obsessive search for truth. Meanwhile, Hoffman battles a strange degenerative disease and a disintegrating personal life.

Kaufman could’ve benefited from someone else directing, as the film gets away from him, dragging down the last half hour. But it’s still better than just about everything out there.

If your head hurts after watching Synecdoche, wind down with a bit of the old ultra-violence:

Marc Forster (The Kite Runner) seems an odd choice to take over the Bond franchise and indeed his direction does seem a bit lethargic in Quantum of Solace (available March 24). Daniel Craig returns as the sociopath version of 007, once again going rogue while trying to clear his name and track down the bad guys. If you liked Casino Royale, you won’t hate this, but there’s a lot of potential in the film’s fight for dwindling world resources plot that was squandered.

Vampires are so in this year. But if you’re looking for something a little more adult than Twilight, check out Let The Right One In, a Swedish horror-drama that treats the vampire aspect almost as an afterthought. It centers on a lonely, bullied boy who becomes friends with a strange new girl in his apartment complex, who turns out to be a vampire. It’s artful, creepy and totally convincing.

In The Electric Mist is a straightforward but atmospheric murder mystery of the kind that was a regular big studio release about 15 years ago, but which has fallen out of style. But what makes its direct-to-DVD release even more baffling are the people involved. Helmed by French director Bertrand Tavernier (’Round Midnight), the film stars Tommy Lee Jones, Peter Sarsgaard, Mary Steenburgen, Buddy Guy and John Goodman as a mob boss.

Based on a novel by James Lee Burke, the film follows Sheriff Robicheaux as he investigates a brutal murder in post-Katrina New Orleans. Meanwhile, a film crew has arrived in town to shoot a Civil War film, and the sheriff’s boyhood friend turned gangster has returned with it.

It’s an engrossing mystery up until a disappointing ending. But it’s worth it just to watch Jones and Goodman work. Also look for John Sayles with a cameo as a film director.