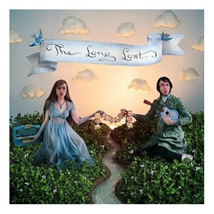 The City of Angels has a new chanteuse. The Long Lost is husband-wife team Alfred and Laura Darlington, and while Alfred (real name Alfred Weisberg-Roberts) is better known for his experimental electronica project, Daedelus, Laura takes center stage on the duo’s self-titled debut.

The Long Lost craft 21st century domestic lullabies, influenced by slight psychedelia and indie folk as well as nursery rhymes and sepia-toned reflections, and in the process intelligently reconnect relationship dramas to a modernist outlook. If Sandy Denny and Saint Etienne had ever worked together, this might be the result.

The Long Lost is currently available.