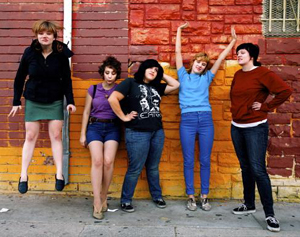 There will also be student art organized by BoredLA and food available from the FrankenStand (vegan hot dogs!), Kettlecorn and Armando’s lunch truck, which regularly posts up at USC. It’s free and all ages, so come and enjoy the outdoors, cutting edge music and art and good food!

Where were your peers this Spring Break?

Sure, many were in Cabo, but quite a few, particularly some innovative USC kids, were in unexpected places. A grassroots group of USC business students, for example, worked on a honeybee farm in Panama for about $1,500. A predominantly Chinese group of students stayed at Dorothy’s Place, a homeless shelter in Salinas, Calif.. As part of USC’s Alternative Spring Break program, some students flew to Baltimore to volunteer in free health clinics for the uninsured. And finally, some students worked on their biceps by helping out park rangers in Orcas Island, Wash. and Death Valley, Calif.

So there you have it: ideas for next year. Think creatively.

This film will be followed by a short film entitled Christopher Street West’s First Gay Parade. Tickets are $9 general admission, $8 for students and Cineclub members and $7 for Cineclub members who are students, and can be bought online at cinema.ucle.edu. 7:30 p.m.-9:15p.m.

Pay homage to Mr. Chavez by having the day off, like LMU and Cal State LA, or by putting in some effort to appreciate what he did for labor and civil rights. Attend a service at LMU on March 31 at 12:15 p.m. presented by Campus Ministry and Ethnic and Intercultural Services or attend the Cesar Chavez’s Day Festival March 28-29 at Veteran’s Park in Bell Gardens for food, crafts, music and rides.