A Look Back at Older Films 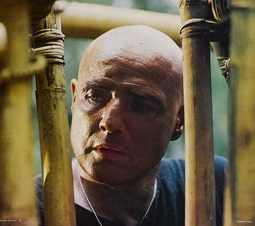 In today’s column, the second installment of my five-part series dedicated to topics that have nothing to do with any upcoming films, I will be taking a look back at some older films that, in addition to being among my favorites, are hailed as some of the best films of all time.

A growing concern is that the up-and-coming generation of filmmakers and movie watchers will be influenced by the shallow, recycled films that have come out recently and not by the cinematic treasures of the past. So, I put together a list of 10 films (in alphabetical order) that should be required viewing.

Master filmmaker Francis Ford Coppola’s adaptation of Joseph Conrad’s book Heart of Darkness is sheer, utter, complete brilliance. Before the days where every epic sequence in a film was primarily computer generated, Apocalypse Now is authentically filmed and makes you feel like you’re really in Vietnam. Mix that with a great story and mind-blowing performances from Martin Sheen, Robert Duvall, a very young Laurence Fishburne and the great Marlon Brando, and you’ve got yourself a cinematic masterpiece.

If there ever were a film that had to be considered flawless, it would be this one. This film has everything: drama, suspense, comedy, action, romance, politics, mystery and masterful performances. Not only is the main plot of the film superbly crafted, the film contains multiple subplots that also play out wonderfully. Depending on whom you ask, people generally either think this (or the next film on my list) is the best film of all time.

Orson Welles’ masterpiece. When you watch the film, it’s almost hard to believe that Welles was only 25 years old when he co-wrote, directed and starred in this film that is just as relevant now as it was when it was made in 1941. I often heard that this film was the best before I saw it, and I understood why after I did.

Although not the first great film noir, it’s definitely one of the best. Roman Polanski directs Jack Nicholson in this excellent suspense crime saga that has one of the most powerful endings of a film I’ve ever seen.

Dr. Strangelove or: How I Learned to Stop Worrying and Love the Bomb

Ah, Stanley Kubrick. One of the greatest and most inventive filmmakers to ever live. Nobody could turn the principles and conventions of storytelling on its head better than Kubrick, and Strangelove is no exception. Featuring the great Peter Sellers playing three different roles, including the title character, this film puts a fantastic satirical twist on the idea of nuclear war and the end of the world.

The Godfather Parts I & II

To me, both films are like one movie. If you’ve seen one you have to see both. The only thing I will say is that if you haven’t seen these two films you should be dragged out behind the tool shed and shot like a sick dog.

The Good, The Bad and The Ugly

Everyone has their favorite style of western, but for me, the great Sergio Leone’s west is the best. Gushing with just as much style as substance, the third entry in Leone’s “man with no name” trilogy helped solidify Clint Eastwood as the ultimate badass.

With all the flash, bang and crazy effects these days some people may not even know that there was a time when films were silent. Director Fritz Lang’s beautiful film is without question one that was not only ahead of its time in storytelling, but was way beyond its time for what could be achieved with special effects back in the 1920s. The theme of the rich upper class vs. the blue-collar working class and the wide gap between them is even more relevant today.

Two words: Alfred Hitchcock. Don’t let me catch you in the street if you are not well versed with his filmography.

Director Martin Scorsese’s and writer Paul Schrader’s brilliant character study of an ex-military cab driver in New York is a sight to behold. Unlike a lot of films that just focus on plot, this film is an exploration into the deepest psychological brink of a man struggling to function in a society he has become disgusted with. And when I say “man,” I’m of course referring to the great Robert De Niro.