SMOKE N MIRRORS: To Be or Not to B-Real 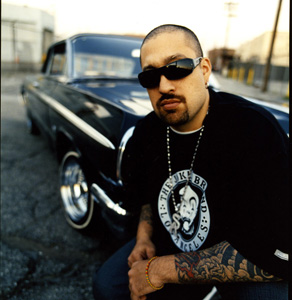 Asked about the experience of recording a solo album, B-Real says, “It has definitely been cool because it is different. It is without the group, and I am up for challenges. Making this record was a great experience.”

On Smoke N Mirrors, “Stack’n Paper” and “Dude vs. Homie” are the only songs not featuring another artist other than B-Real.

“I did not plan to have that many collaborations. Towards the end, it came together,” B-Real, who is of Mexican and Cuban background, comments. “As soon as [Damian] Marley came in, it started happening. I just went with it even though it was not my intention. I welcomed it because there are not that many records with this amount of artists on it. I thought it was a blessing.”

B-Real comments that the CD is rather special because of its diversity, featured collaborators and its difference from albums made on the east coast, which typically do not feature a lot of artists.

The song “Fire” was the official lead single to hit the waves. It displays B-Real flexing his beat-making skills behind the boards.

“‘Fire’ is a fun club type song. We made it a smoke anthem when [Damian] Marley came in to the picture,” B-Real says.

“Smoke N Mirrors” is perhaps the most intriguing ditty, and a song that most individuals might end up listening to a lot. The production and the rhythmic grouping are superb, not to mention the profound significance of the lyrics. It features Bo Roc.

“‘Smoke N Mirrors’ is a song talking about what is happening today,” B-Real states. “It talks about bad times, good times, society, life, the current status and stage of the music industry.”

Another catchy piece is “1 Life,” which Sen Dog and Mal Verde appear on. The song possesses enlightening lyrics, especially because B-Real raps in both English and Spanish.

The other artists who collaborated on the album are Snoop Dogg, Xzibit, Kurupt, Too Short, Young De, Buckshot, Tekneek, Slick Jacken, Babydoll Refresh and Trace Midas.

On another bright note, B-Real is set to be on stage at the Paid Dues Festival in San Bernardino. The show will be the first in which B-Real officially promotes songs from the album.

“It is the first concert based on this album. It will feature a lot of songs, but not a full set,” B-Real says. “

Some of the other appearances include Atmosphere, Tech N9ne, Living Legends, Brother Ali and Cage, among others.

With regards to Cypress Hill, B-Real states that there are talks about making a future album. He also wants the public to know that “we never broke up. That was misconstrued because we all just wanted to hit the solo scene a bit.”

Additionally, B-Real has always had a colossal gratitude to the fans.

“I want to thank the crowd for the support from the previous years,” he says. “Everyone should definitely check us out at Paid Dues Festival.”