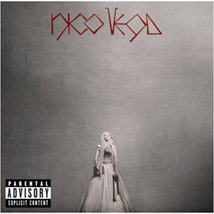 Pop this disc into your car’s CD player and prepare to find yourself transported to the Autobahn in Germany. Nico Vega’s self-titled release is a fiery and frenetic soundtrack that any adrenaline junkie should feel honored to own.

The first few songs off the CD are incredibly inventive and thrilling. “So So Fresh,” “Burn Burn” and “Million Years” are just crazy. There’s no better way to put it. But to this band’s credit, it can switch gears on a dime and pull out ballads that rock and melt you into a thousand pieces simultaneously.

The one criticism that I do have is that Nico Vega’s disc eventually nose-dives into a pit of melancholy. One or two ballads is nice and acceptable, but come on!

Once deep into my speed demon fantasy, it was a big bummer to be unceremoniously yanked back into the reality of Hollywood traffic and everything else that sucks about life with one slow song after another after another. By the time the disc picked its tempo back up, I was over it.