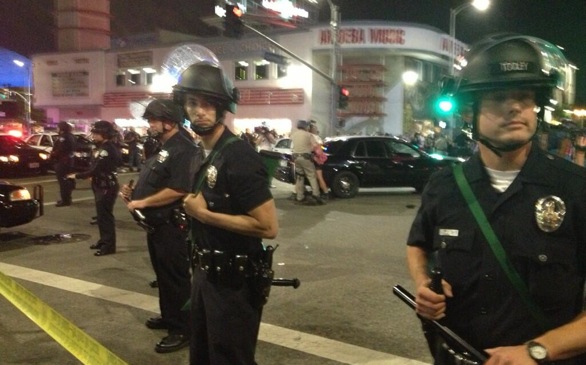 Now that the USC men’s basketball season has come to a close at the hands of a very talented Michigan State team in the second round of the NCAA tournament, I pause a moment to extol the efforts of coach Tim Floyd.

Let me be clear: I’ve never met the man one-on-one, and, put plainly, I am not a big basketball fan. I deem the new-ish Galen Center delightfully ugly, the basketball fan culture at USC abysmal and most seriously, I will forever loathe the experiment of superstar selfishness last year that ultimately scuttled the team in the shadow of O.J. Mayo.

Consider: In the year before Mayo’s arrival, the team made the Sweet 16 of the NCAA tournament. In the year following his departure, they won the Pac-10 tournament and made the NCAA second round. During Mayo’s one year in the lineup, the team suffered a Pac-10 tourney semifinal loss to the hated UCLA Bruins and then a 13-point first-round loss to lower-seeded Kansas State in the NCAA dance.

But I continue to admire Coach Floyd. Aside from the Mayo debacle, I have nothing but praise for a coach who I find to be a man without hubris, quick to fight for a program that faces a myriad of daunting challenges at football-mad SC.

I can recall countless school events – most vividly the UCLA/USC football rivalry week and its culminating pep rally and bonfire – where, like an eager freshman, Floyd would bound up to the stage and quickly plug the team, its season and the need for fans to show up and support their Trojans. He would send out this plea to – put generously – a disinterested audience. His players would shuffle up sheepishly behind him, eyes at their feet and then trundle off the stage as Pete Carroll and the football team took to the microphone with a roar from the suddenly energized, feverish crowd. I saw this same situation play out many times, with Floyd as the warm-up act for a football rally or other school event, but he remained forever tireless and relentless.

The only really bad game I ever saw Floyd coach was one of his best moments as a coach. One of the first players Floyd signed when he came to the university was guard Ryan Francis, who, after a precocious first year on the team, was senselessly shot and killed in Baton Rouge on a visit home during the summer. When the team honored Francis during their first game at the Galen Center, Floyd and his players stayed on the floor during most of halftime to celebrate Francis’ life.

Always a coach of superb halftime adjustments, Floyd watched his USC go down that day in sloppy defeat to another USC – the University of South Carolina – in a game that meant everything with results that meant nothing. Senior Trojan guard Lodrick Stewart told the Daily Trojan after the game, “You could see it in everybody; we were teary-eyed.” Floyd must have known he’d likely sacrifice the game to honor Francis at halftime, and in doing so he proved that his teams would always be more than a collection of their parts and the sum of their scores.

Floyd accepted this job in 2005 as the second choice of the university, as former Utah coach Rick Majerus quit within days of initially accepting the post. I think Floyd has worked since then with the best kind of chip on his shoulder, with a need to prove that he is the best coach for the job in the truest and most complete sense. He took to the challenge with an eye to the future – rare these days – and started with the basics of building a cohesive team and reminding students that yes, the school had a basketball squad and no, you weren’t going to be murdered if you ventured into the cavernous, creepy confines of the Memorial Sports Arena.

On the court, it is said that Floyd preaches hard work and ferocious defense. Off the court, his hard work and humble public demeanor are anachronistic in this time of collegiate showmanship and gasbaggery on the sidelines. I do not know if USC will ever rise to be a national powerhouse in college basketball, but I am convinced now more than ever that win or lose, the right man is pacing the sidelines, necktie askew, sweating profusely and upholding a standard rare and special in the game.