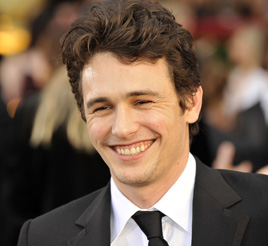 James Franco, UCLA graduate, prospective Columbia student and talented actor of such profound films as … uh … Pineapple Express, has been chosen as the speaker for the College of Letters and Sciences Commencement Ceremony 2009. If you’re looking for someone with more, say, experience, to cap off your hard years at UCLA, petition at the “UCLA Students Against James Franco as Commencement Speaker” Facebook group and e-mail LSEvents@support.ucla.edu. No hard feelings, Franco.

Where should you live after graduation?

Gradspot.com’s list of 2009’s best cities for recent college grads is out, and guess who made it? L.A., baby, but barely. Chicago comes in at numero uno, for its “refreshing hospitality, leafy neighborhoods and live music.” That’s fine and dandy, but what about availability of jobs and cheap rent? New York, San Fran, D.C., Seattle, Boston, Houston, Denver and Atlanta all weigh in. You can visit gradspot.com to find out the important stuff, like average prices of one-bedroom apartments, bar closing times and thoughts from recent college grads in any given city.

Is there such a thing as a paid internship?

Believe it or not, some companies are willing to pay this summer for your services. The Los Angeles County Arts Commission has an internship program lasting 10 weeks over the summer that pays $350/week. Not bad considering the internships are stimulating and creative; some include music festival interns, theater stage hands and marketing/PR assistants. The arts commission has given $500,000 in grants to 95 performing, literary, media and municipal arts organizations throughout L.A. County. To check out which internships are still available, and for what organizations, visit lacountyarts.org.

Drew comes from a long line of actors, and the David L. Wolper Center at USC will hold a tribute to the Barrymore family through July 31. Still and moving images, diaries, correspondence, film and stage memorabilia will follow the professional and private lives of the acting family. Branches of the Barrymore pedigree are also represented – including the Drews, Costellos, Lanes, Colts and Blyths. Most of the exhibit comes from the Barrymores’ private collection, and is the basis of the book of the same name, archived by biographer Carol Hoffman. Admittance to the center is free.

Call and Response, a“rock-umentary” making waves for chronicling human trafficking, is being screened at LMU April 2 at 7:30 p.m. The film includes Cold War Kids, Talib Kweli and Imogen Heap, among others, and suggests how you can end the child sex trade.