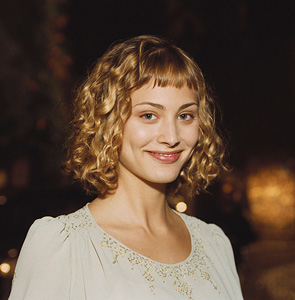 Once upon a time, a crushing financial slump had stricken much of the world. In the midst of the crisis, a new leader rose to power, one that championed the rights of the working class, sending waves of hope rippling throughout his nation. Could be 2009 in America, but indeed the year was 1936, the turbulent time that serves as backdrop for the lush musical comedy Paris 36.

Although it was written three years prior to this worldwide financial collapse, it couldn’t be a more timely film.

“When Léon Blum had been elected, he represented an incredible ray of hope,” explains director Christopher Barratier in a thick French accent. “I think from outside when we saw Barack Obama, we saw in American faces, even if they were maybe not Democrat, we saw something special like a [movement], a [movement] like a wave of hope.”

As workers in France struggled in the face of crippling unemployment and poverty, they could seek solace in the music halls that graced the quaint neighborhoods of Paris. In the film, neighborhood friends and former employees rally around the Chansonia. Against a backdrop of classic, yet original musical numbers that will charm even the most discerning musical aficionados, the bold comrades resurrect the music hall, and with it, their pride and livelihoods.

Art mirrors life again in the case of demure newcomer “Douce” (portrayed by remarkable teenaged newbie Nora Arnezeder), who wows the crew of the Chansonia with her gift of song and blossoms into a darling of the music world. Originally seeing the Chansonia as a mere catapult to fame, she too takes up the cause, dragging the ailing venue to notoriety along with her.

Initially finding herself intimidated by the prospect of starring alongside a who’s who of French cinema (including Kad Merad, Pierre Richard, Gérard Jugnot, Bernard-Pierre Donnadieu and Clovis Cornillac), Arnezeder found that her confidence was bolstered the more time she spent on set. She found herself growing as a performer through her role as Douce.

“[At first] I felt really stupid. They were all a big family, and I was a newcomer and the only lady; it was hard. I really wanted to do well, to succeed, but [in the end] those feelings were good for me because Douce is a newcomer and she wants to prove she’s not just a beautiful girl, she’s a good singer,” Arnezeder recalls.

Arnezeder has had no problems proving herself since, having garnered comparisons to acclaimed actresses the likes of Michele Morgan and Grace Kelly. She also picked up Lumiere and Étoile d’Or awards for her portrayal of Douce.

Despite strong parallels to reality, ironic as it may seem, the film is fictional at its core. Faubourg, the part of Paris in which the story unfolds, does not exist but rather is derived from Barratier’s impression of ’30s Paris, of the days when Parisian neighborhoods were still villages unto themselves. Rather than shoot in Montmartre, which alone still bears this unique flavor, Barratier looked to Prague, where set builder Jean Rabasse (The City of Lost Children) created the whole of Faubourg, including the Chansonia, from the ground up.

“It’s not a tribute or a period movie, or a documentary about the Popular Front, it was more to be in the mood of this brotherhood, this friendship between people,” Barratier explains, adding that he drew inspiration from the ’30s French poetic realism movement as well.

“I think that it can take its root in reality but to transform it in a more poetic way. We’ll create our own vision of Paris,” he adds. “So it was really our vision that was important for me. It was not only the Popular Front, it was more ‘Once Upon a Time in Paris.’ That was my mission.”