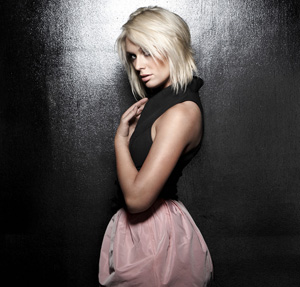 She was the vibrant, sunny, girl next door with a crazy edge who captured the hearts of millions on “America’s Next Top Model.” Since her win on Cycle 7 of the CW hit, CariDee English’s career has taken off at rocket speed.

She has appeared on shows like “Gossip Girl,” walked runways for countless designers (including the Richie Rich show during New York’s Fashion Week) and is currently the only “ANTM” model to maintain her contract with cosmetics giant Cover Girl years after signing it. Now, English is tackling a new project that is equally thrilling for her – reality TV host.

“Pretty Wicked” will pit 10 self-proclaimed “to die for divas” against each other in a competition to see who is the most beautiful on the inside. The fairest of them all will be awarded a grand prize of $50,000. But all that dough won’t come without a fight; English will put the girls through a series of trials to help unleash their inner beauty.

Luckily, her own involvement with “Pretty Wicked” was less taxing. There were no challenges or hilarious auditions for her to endure this time around.

“They just asked me to do the project, and I came on board,” she explains.

So, does this model – known for having a great personality herself – think that these sort of televised social experiments are healthy and helpful to young viewers?

Just don’t expect English to sympathize with those reality programming contestants who claim that their images have been distorted by show producers. She has strong words for them.

“If the majority of your personality is being a bitch, that’s what they’re going to show,” she explains.

“Pretty Wicked” airs Tuesdays at 10 p.m. on the Oxygen Network.