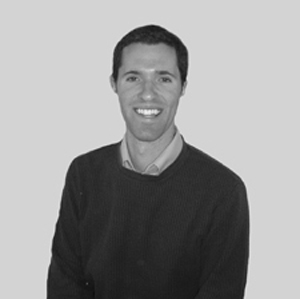 It’s a dangerous thing. I’ll admit that I am obsessed with Nicolas Cage. I’ll see anything he’s in. I have seriously considered putting his top-notch delivery of that classic Con Air line, “Put. The bunny. Back. In the box” as my ringtone.

This is the kind of pure obsession that hurts – for every moment of brilliance (Raising Arizona, Leaving Las Vegas, Adaptation, Matchstick Men) there’s a moment of painful horror (Windtalkers, The Wicker Man, Ghost Rider, Next). But never have I left the movie theater more agog than after Cage’s latest offering, Knowing.

A few weeks ago, I wrote here that Christian filmmakers and mainstream Hollywood might want to find common ground for their mutual benefit. That a fair-shake union, benefiting the vast faith-based audience who feels patronized by mainstream Hollywood and the “liberal” Hollywood who feels persecuted by far right-wingers decrying the artistic intertwine of murky morals and alternative lifestyles, could stand as a model for other sectors of our society. Apparently, I was prophetic. Kind of.

I didn’t think I’d ever find myself saying this, but let’s delve a bit deeper into the metaphysical musings of the latest Nic Cage extravaganza. Directed by visual stylist Alex Proyas of Dark City and I, Robot fame, the trailers and ads for the movie betray none of its decidedly spiritual undertones, instead marketing the film as a sci-fi thriller of prophetic numbers, science and scientists (Cage plays John Koestler, an MIT professor). There’s a good deal here about solar flares and electromagnetic radiation, and I suppose it is possible to see the film’s central thesis of determinism vs. chaos on generally secular, rational and quotidian grounds.

In her Salon review, Stephanie Zacharek gets snippy with the costuming, noting, “This is also a movie in which the Angel of Doom shows up in a black raincoat that looks as if it came from the sale rack at Brooks Brothers.” Michael O’Sullivan of the Washington Post situates the film in the here-and-now: “…it nicely plays off the zeitgeist of dread about the future and our still-lingering regrets about whether – if we’d only heeded the warning signs – we could have prevented such things as the Sept. 11 terrorist attacks,” while A.O. Scott of the New York Times goes a bit further by calling the film “…a brooding, hauntingly allegorical terror-thriller.”

But the movie’s undercover-turned-overcover spiritual component has not been missed by the audiences looking hardest for it. Christianity Today’s Peter T. Chattaway writes, “…we can safely say that the movie deviates in some ways from a biblical understanding of the concepts that it invokes. But … for some viewers it may be just the sort of thing that can tease us into active thought about what we believe and why.”

The Associated Baptist Press, in its review entitled, “Knowing explores age-old theological conundrum,” says, while noting that the film contains violent images and strong language, “…is overall faith affirming, and for Bible fans there’s an understated but pretty cool allusion to and depiction of the Old Testament book of Ezekiel’s ‘wheel in a wheel’ prophecy.”

In that keeping, while above-the-title credit goes to production companies like Summit Entertainment (of Twilight success) and Escape Artists Productions, I stayed to the end of the credits to see that the copyright of the picture is held by “Ezekiel Films.” Christianity Today notes that “one of the screenwriters is Stuart Hazeldine, a Christian … [whose] name does not appear on-screen, but it is on the poster at the movie’s official website.”

Knowing’s story writer Ryne Pearson says in an interview with Christians in Cinema that “…I didn’t intend to write this as a religious movie or anything like that. To me, the natural thing was if you are confronted with knowing that things are going to end … You turn to questions like, ‘Is there something after this?’”

Both camps, then – those involved in the film and its critics – strike a balanced tone when addressing the ultimate meaning or theology of the picture. The spiritual and the secular both have a claim here, and their partnership is muddled but not adversarial.

And in truth, Knowing isn’t a particularly good movie. But I appreciate its daring, its capacity to provoke discussion and its risk to bridge what is too-often considered an unbridgeable gulf between faith and reason, or even spirituality and entertainment.

Like The Da Vinci Code, Knowing takes tinderbox issues and delivers them to a wide audience in a pop culture-friendly format. Unlike The Da Vinci Code, however, Knowing posits, however imperfectly, that there is a place for matters of faith and science to collide, perhaps even collaborate, in a sometimes-entertaining and always-accessible medium.