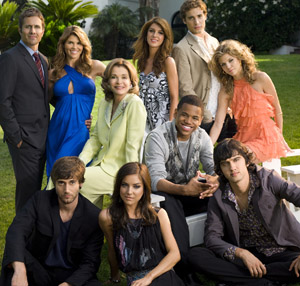 OK, so they’re not movies, but watching episodes of your favorite TV shows at the ArcLight Cinerama Dome in Hollywood is a fun twist on a typical night at the theater. PaleyFest09, now in its 26th year, brings together television enthusiasts with the stars of their favorite shows for screenings, panel discussions and in-depth talks about everything from individual careers to overarching plot schemes.

Organized by the Paley Center for the Media – formerly the Museum of Television and Radio – this year’s PaleyFest09 will feature 14 nightly screenings of shows from across all genres like “It’s Always Sunny in Philadelphia,” “True Blood,” “Desperate Housewives,” “The Hills,” “Battlestar Galactica,” “Big Love” and “Swingtown.” Three previously unaired episodes of “Pushing Daisies” take up next Sunday night and the convention-defying writers’-strike-era Joss Whedon plus Neil Patrick Harris side project, “Dr. Horrible’s Sing-Along Blog” on Tuesday.

For each event, members of the cast and crew of each show will be present to answer questions from the audience as well as those posted in the comments on the PaleyFest Web site (for “Desperate Housewives”: “Marc Cherry, there’s a rumor that the following seasons will be set years in the past. Will Mary Alice continue to narrate?”). Giving television fans the same opportunities for festivals, in-person discussions and large-scale viewings as normally offered to movie buffs, PaleyFest09 is a unique opportunity to bring the silver screen to the big screen and, for two weeks, take over the iconic ArcLight in Hollywood.

Although you have to buy a separate ticket for each night and tickets are a bit pricey – $60 for front-row seating – to those that can afford it, it’s the only chance to see Chloë Sevigny, Danny Devito, Lauren Conrad and Alan Ball as a part of the same festival. And even if you can’t afford it, there’s always Hulu!