Hollywood Forever: Cemetery of the Future Protects Memories from the Past 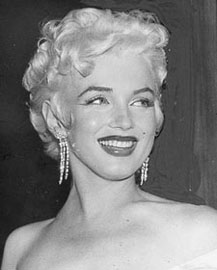 Have you ever thought about treating your date to a picnic in a cemetery? How about watching a movie in a graveyard after the sun goes down? This idea may sound like something you’d only find buried within the plot of The Blair Witch Project, but some may be surprised to discover that enjoying dinner and a movie on a cemetery lawn is what hundreds of Hollywood lovers do every summer. And there is only one cemetery in town where you’ll find a crowd filled with more cheers than tears on a warm Saturday night: Hollywood Forever.

The name of the cemetery says it all. Hollywood Forever, located behind the Paramount Studios back lot, is the eternal home to many of the entertainment industry’s most influential celebrities and contributors. Even Harvey Wilcox, the credited founder of the city name "Hollywood," is buried behind the gates of Hollywood Forever. Although more than 400 notable Hollywood figures can be found resting beneath the soil of this Los Angeles cemetery, there are still many people who may not find the grounds of a celebrity-filled graveyard to be the most desirable place to visit. But if your interests lie somewhere near that of a film student or a history lover, then Hollywood Forever Cemetery is the place to be.

You can find special events being held at the cemetery year round. The events at Hollywood Forever are some of Los Angeles’ best kept secrets, so don’t expect to find billboards plastered around town giving you all the details. Cinespia, a non-profit film company dedicated to "showing unusual films in unusual places," sponsors one of the most popular underground events held at the cemetery. During the summer of 2002, the organization’s film screening of the Alfred Hitchcock classic Strangers on a Train brought in a crowd of over 1,200 film buffs. Amazingly, the crowd was attracted without the help of any advertising or promotions.

The classic films are screened on the open grass section of the cemetary called Fairbanks Lawn, projected against a marble mausoleum. After claiming a spot on the grass with your fold-up chair or spread out blanket, you can take a look around to see several other viewers enjoying a film under the stars, amongst the graves of those who once brought the big screen to life.

"We thought [Hollywood Forever Cemetery] would make a fun spot for a picnic dinner, some cocktails and a movie," Cinespia founder John Wyatt told Flaunt Magazine. "We get a lot of enjoyment out of bringing our friends great movies that they probably have never heard of."

Cultural events are also popular, such as the Hispanic holiday known as Dia De Los Muertos ("The Day of the Dead"). The ritual, which honors the lives of the deceased, is acknowledged annually during the month of October on the Hollywood Forever grounds. Last year’s event drew in a crowd of more than 10,000 people who started celebrating lives in the late afternoon. Candles were lit after the sun went down and the bulk of the crowd did not depart until 11 p.m.

In addition to its low stress environment, Hollywood Forever is home to some of the most innovative technology in the history of funeral homes worldwide. "Forever Life Stories" is a digital database which features what creators call a Library of Lives and puts history at your fingertips. The customized virtual library allows anyone to originate their own life story or that of a loved one with the help of Hollywood Forever’s video editing staff. The Library of Lives also provides visitors with access to the biographical documentaries, filled with photos, video clips, documents such as letters from loved ones, sound clips or even interviews featuring live footage of the deceased from throughout their lifetime.

Because many elements of history are often forgotten, it may come as shocking news to find out that Hollywood did not get its famous reputation from modern-day stars like Madonna, Britney Spears or Brad Pitt. Film and television show stars, rock ’n’ roll, jazz and blues musicians, comedians, playboy models and a countless number of other entertainers who have brought smiles to the faces of many, have created legacies that Hollywood lovers hope will live on forever. And due to the cemetery owners’ mission to make such legacies immortal, you can easily find the life stories of over 1,100 individuals buried at Hollywood Forever.

Notorious gangsters, Bugsy Siegal and Harry Cohn are buried at Hollywood Forever, along with the multi-talented Monta Bell, who was a director, producer, actor, writer and editor during the mid-20th century. Also, 10 years after directing both film classics, Gone with the Wind and The Wizard of Oz in 1939, director Victor Fleming was laid to rest in the cemetery grounds.The cemetery even houses a special shrine for the famous silent film star Rudolph Valentino, who died at the young age of 31.

With its array of activities, it’s obvious that you can find things at Hollywood Forever that you may never see featured in the average horror movie’s depiction of a graveyard. Besides picnics and movies, weddings also take place here, and seeing people jogging along the open trails or bikers riding through the park-like grounds happens daily.

"The images of cemeteries are kept creepy. It makes people not want to come back. We want to change that," says Hollywood Forever’s Public Relations Representative, Joe Sehee. "Death doesn’t have to be such a scary thing."

Hollywood Forever is located on 5970 Santa Monica Blvd., Hollywood, behind the Paramount Studios back lot. For more information, call 1-800-928-5150 or visit www.ForeverNetwork.com.