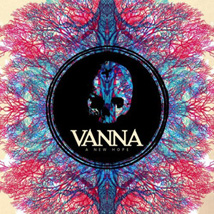 It’s been a couple of years since the last Vanna release, Curses, and the post-hardcore band has spent the better part of that time on the road breaking eardrums and probably breaking a few hearts too, and not just of the females in the audience.

“The Same Graceful Wind” alludes to the problems caused by leaving a significant other at home while touring, and singer Chris Preece delivers most of the gory details in his hyper screaming voice. It seems that the group has made a genuine effort this time out to let the emotion come through in eloquent ways.

Vanna’s thing is still to knock a song senseless, but there are more moments of tenderness here than ever before. Musically the guys sound tighter than ever too, especially when guitarists Nick Lambert and Evan Pharmakis turn it loose like they do with a little Eddie Van Halen love on “Trashmouth.”

A New Hope is currently available.