Counting On The Swing 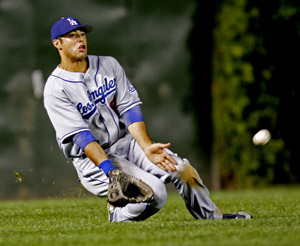 A curious note about the Dodgers is that they have traditionally been a pitcher’s ball club. The story has repeated itself over many years of a team with stellar arms and lame bats. That is why it is odd that the latest edition of the Blue Crew should look so good offensively and have such questionable pitching.

Still, there are good reasons to expect a winning team this season and a potential repeat of a division title. Reason No. 1: Manny Ramirez. It’s common knowledge that his bat is fantastic. What is less understood is the power of his presence. While he would be the last to admit it, Ramirez is a leader by virtue of his ethic and the example it sets.

Other reasons include Matt Kemp, Andre Ethier and Russell Martin, as well as youngsters on the verge of blossoming at the plate. Yet I repeat, a swing don’t mean a thing if it ain’t got that pitching. As a new season begins, all eyes are focused on the mound with hopes of a rising star.

The Dodgers play their home opener vs. the San Francisco Giants April 13 at 1:10 p.m. For more information, visit losangeles.dodgers.mlb.com.