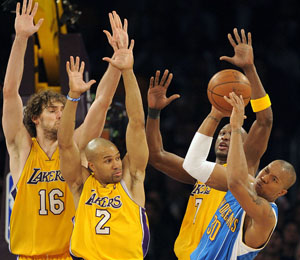 The CLIPPERS are 18-59 with only four games left on their schedule. Although they will finish as one of the bottom three teams in the league, the Clippers have a strong squad of promising talent.

Coming into Sunday’s game against the LAKERS, the Clips had lost four in a row. The losing streak continued as the Lakers came away with an 88-85 victory.

All stats as of April 6.