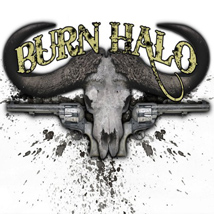 James Hart, former frontman of Eighteen Visions, wanted to put together something more commercial, a “throwback” to the sound of the mid-’80s. The result is Burn Halo, whose debut accomplishes the “more commercial” goal.

Every song on it is radio-ready and could be a single – possibly too mellow for Eighteen Visions fans – but parts of the disc rock. The wild vibe of starter “Dirty Little Girl” sets the tone for a hard rock album.

Other solid rockers are “Gasoline” and “So Addicted.” The rough edge of these three is enough to boost the disc’s popularity.

Burn Halo is a better band than Nickelback and Hinder, but fans of those bands will enjoy this.