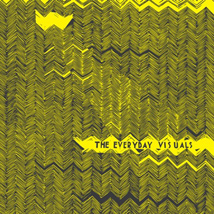 The Everyday Visuals were voted Best Band in New Hampshire by New Hampshire Magazine and bestowed with the honor of being called Most Innovative New Band in Boston just one year later. However, there’s nothing on the group’s self-titled release to substantiate such claims.

Listening to each of the 12 tracks is entertaining to a certain degree. This band is quite adept at harmonies and crafting a wall of sound that would make Brian Wilson and Phil Spector quake in their boots.

But ultimately, that’s the real problem I have with the Everyday Visuals: They’re not giving me anything I haven’t heard before. No new spin. No new delivery. Nothing.

My advice is to cherry-pick the standout songs from the band (like “Boom! Boom Boom!” and “Daydream Ghosts”) and leave the rest for those easily impressed New Englanders.

The Everyday Visuals is currently available.