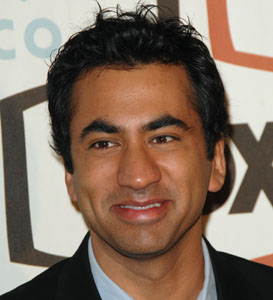 Memo to Hollywood actors: If you try to leave the Fiji-watered confines of this SoCal oasis, suicide is the only way out.

At least, that’s how it seemed last week when Kal Penn, of Harold & Kumar fame, left his most recent gig as Dr. Kutner on Fox’s “House” to join President Obama’s administration as an associate director at the Office of Public Liaison, where he will help the Obama White House “…connect with arts and entertainment groups as well as the Asian and Pacific Islander communities.”

The move doesn’t come out of the blue for Penn, who was a staunch advocate for Obama during his campaign and met the president and some of his aides in the process. And he seems to have the academic creds for the job, having recently taught a course on Asian-Americans and the media at the University of Pennsylvania ¬– this in spite of his atrocious undergraduate choice of education at that degenerate Westwood university.

Penn described his new job in an interview with E! Online by noting that, “What the OPL [Office of Public Liaison] does is similar in a sense to what I was doing on the campaign in that they try to take the administration itself out of Washington. So they go into communities across the country, continue the sorts of dialogue that people had started during the campaign…”

This is the kind of civic responsibility that comes, I trust, with an inspirational president and a new administration. Penn has expressed interest in eventually returning to his acting career, but his willingness to put a bigger paycheck and the idolatry of obsessive “House”-fans and stoners everywhere on hold speaks to what must be a genuine effort to make this White House a more accessible and reactive (not reactionary) place.

Contrasting sharply with Penn’s decision, however, is the entirely out-of-the-blue decision of Fox to turn his departure into a bizarre, inexplicable spectacle. To “House” fans, Dr. Kutner’s death by suicide was a stunning and sudden one, and Fox played to their raw emotion by directing them to a memorial on their Web site with a faux-obituary. Sandwiched in with the fiction is a link to the very serious National Alliance on Mental Illness, which was also promoted in the coda of the show to encourage any viewers with self-destructive thoughts to call the Alliance.

Besides the dubiousness of combining the memorial of a fictional suicide with those viewers with “real-life” problems, the situation speaks to Hollywood’s overbearing tendency to try to manufacture artificial drama where it doesn’t fit.

Consider the opportunity that presented itself to Fox: One of its popular actors on a popular, cerebral show had been offered a valuable, community-oriented position in the government of this country. Instead of incorporating all or part of this real-life drama into the series script (and it’s not farfetched: remember that CNN’s medical correspondent/heartthrob Dr. Sanjay Gupta was being considered for a time as the next surgeon general), they elected to fabricate a completely unexpected – and, as far as most can surmise, generally unsupported by the plot – twist in the unenviable, uncreative tradition of series past. Diana Muldaur’s doomed Rosalind Shays meeting an open elevator shaft on “L.A. Law,” anyone?

If anything, this whole situation suggests exactly why Penn and others might consider leaving the skewed perspective of Hollywood, temporarily or permanently, for other pursuits. I am in no position to tell the “House” creative team, who usually deliver an excellent product, how to run this operation, but rather than go for the standard exit of a character by sudden death and gussying it up with the shock value of a suicide-turned-online memorial that in itself does little to forward the awareness of the root causes of suicide, depression or mental illness, why not champion public service and civic activism? Surely, amongst the millions of weekly “House” viewers there are some who would entertain taking a similar path, partisan or nonpartisan, following Penn’s example – one rooted in encouraging fact, not dour fiction.

In the great age of post-war Hollywood movies, the artists who put their careers on hold to fight against the Axis powers came back to their studio sets with the experiences that had shaped their “other” lives in the conflict. Would It’s a Wonderful Life have been as wonderful if its star and director hadn’t recently come to realize the value of every life? When George Bailey/Jimmy Stewart contemplates throwing himself into that cold, Christmas river, how all the more powerful is his redemption as a character and a man informed by the echoing gravity – the horrors and hopes – of the real world?