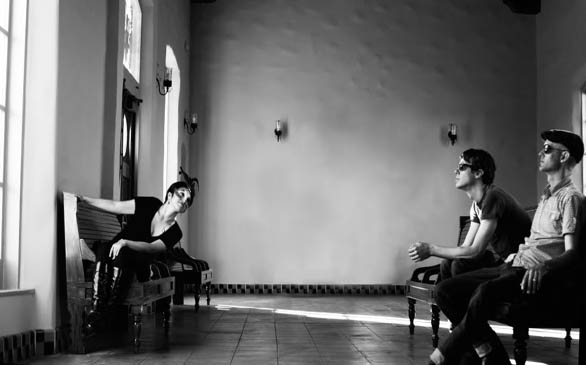 Virgin Records has announced the release of the debut album from Ben Harper’s latest band, Ben Harper and Relentless7. The new release is called White Lies for Dark Times, and the band has just embarked on a tour of smaller venues to support the album.

White Lies for Dark Times hits the streets May 5.

It’s been almost five years since Green Day found massive success with their Grammy Award-winning punk rock opera American Idiot; the 2004 release debuted at No. 1 on the Billboard chart and gave birth to five hit singles that helped the album sell over 12 million copies. That’s a tough act to follow, but the band probably has another smash on their hands in the form of the upcoming release 21st Century Breakdown.

The album follows the experiences of a young couple, Christian and Gloria, through the “mess and promise of the century so far” and is broken into three acts: “Heroes and Cons,” “Charlatans and Saints” and “Horseshoes and Handgrenades.” The first single “Know Your Enemy” is available now; the full album drops May 15.

Reprise Records has also announced that the entire Green Day catalog will be reissued on vinyl in 2009 beginning with 39/Smooth, Kerplunk and Dookie.

Hip-hop artist Del the Funky Homosapien has announced that his just-released new album is available for free download. Fans can go to delthefunkyhomosapien.bandcamp.com and download Funkman in its entirety along with bonuses dubbed “The Leak Pack Series Vols. 1 & 2.”

Del says the giveaway is part of his own personal 13-point stimulus package and that, “The public at large is over the whole rap era. I’m digging deep this time around and giving directly back to the people in order to make the future of hip-hop a more prosperous place. The entire album is up for free download to rescue those seeking salvation from these broken and misleading days of rap music and more importantly, funk!”

Del the Funky Homosapien’s career took off back in 1990 when he appeared on his cousin Ice Cube’s recording AmeriKKKa’s Most Wanted.

Crocodiles on the Loose!

Run! Crocodiles are on the loose, and they’re headed this way! But hold on a second; you don’t have to run for cover, just to your favorite purveyor of music. That’s because the Crocodiles in question happen to be a band from San Diego, and they’re only slithering around to promote the release of their debut album for Fat Possum, Summer of Hate.

The Crocs have a sound that mashes up great bands like the Clash and R.E.M. with a little Flock of Seagulls thrown in, and they’re currently in the midst of a cross-country tour that brings them to the Grove in Anaheim April 25 and to the Henry Fonda Theater for a two-night stand beginning April 26. Summer of Hate drops May 5.

The Thermals have a new album out through Kill Rock Stars called Now We Can See, and the title is a reference to the new administration in Washington, D.C. and all the hope that comes with it. The Thermals will play their new music when they soar into the Troubadour April 27.