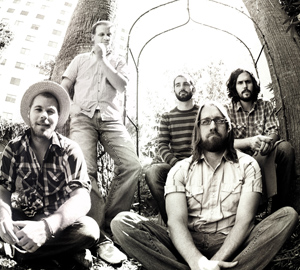 Dear and the Headlights

Every year Coachella brings bands that are either on the fringe of gaining national success or have already achieved world domination (à la Pink Floyd in 2008). While each day is packed with a musical playground in itself (Morrissey, M. Ward, Leonard Cohen, M.I.A., Jenny Lewis, the Cure, etc.), there’s a lot of new music to be found in the early afternoons. Here’s a guide to some of this year’s “not to be missed” acts.

Buraka Som Sistema: In three short years, Portugal’s answer to electronica has snagged a MTV Europe Award and generated buzz with its brand of music called Kuduru. Expect lots of synthesized beats and high tempos throughout its set.

Crystal Castles: MySpace music listeners were exposed to this Canadian duo with their single “Alice Practice.” Since their full length release in 2008, Crystal Castles has toured with the likes of Nine Inch Nails and the Teenagers to name a few.

Girl Talk: Gregg Gillis is a musical anomaly. He mashes everything from Steve Windwood to Ludacris.

Dear and the Headlights: Good music DOES come from Arizona, as evidenced by this quintet. Their single “Daysleeper” has landed itself a place on my iPod, and I can only hope for more from their live show.

The Courteeners: Already popular in their hometown of Manchester, England, this band will appeal to those who miss the days of real Britpop. 2008’s St. Jude was produced by Stephen Street of the Smiths and Blur.

Cloud Cult: Let’s face it, whenever there’s a string section in a band, there’s usually something automatically ethereal and mystifying at the same time. That’s exactly what you’ll get with this Flaming Lips meets the Arcade Fire, live art installation band.

Tinariwen: The story behind this African band is inspiring, each of the members were plucked from their families and forced into military service, where they all met. Their music tells of their experiences, and is even outlawed in their native Africa. Support them by checking out their electric tribal music.

The Knux: I met these brothers almost three years ago at an art show. I hadn’t even heard them perform, and I already knew they were destined to be stars. Cut to this year’s Coachella! Funnest hip-hop I’ve heard in a while.

No Age: There are only two members in No Age. You’d have no idea, as evident on songs like “My Life’s Alright Without You.”

Late of the Pier: This dance/indie rock band (think the Faint) are only 22 years old, but have a sound rich enough to be played alongside seasoned musicians.

All of these bands are THAT good, so make sure and arrive early each day. Trust me, you’ll be so happy you were one of the “firsts” to see these bands blossom before they become, you know, mainstream.