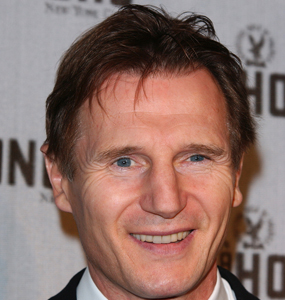 Between parts IV and V of my series of columns that don’t have to do with upcoming films, some interesting things have transpired. A remake of 1981’s Clash of the Titans is going into production with Louis Leterrier (The Incredible Hulk, Transporter 2) at the helm and Liam Neeson and Ralph Fiennes as Zeus and Hades, respectively. Laurence Olivier played the Zeus role in the original.

The story is an adaptation of the myth of Perseus and his mission to rescue Andromeda from Medusa. Neeson, one of my favorite actors, recently suffered a horrible tragedy: his wife, actress Natasha Richardson, passed away after a skiing accident. From what I understand, he signed on to this film before the accident happened and so far has not dropped out of the role. I don’t know if working so soon after losing his wife will be therapeutic or not, but the big question is: What effects this will this have on his performance?

I’m very excited for this project, and I think that this is the type of film that warrants a remake. Based on Fiennes’ performances as Lord Voldemort in the Harry Potter films, he will make a great Hades, and I can’t think of a better actor to play Zeus than Liam Neeson.

Verbinski Backs Out of Fourth Pirates

When you become an A-list director, at some point you’re going to have to make a choice between multiple $100 million dollar projects. I know, tough life. Such is the case for master filmmaker Gore Verbinski (Pirates of the Caribbean trilogy).

It’s no secret that Jerry Bruckheimer and Disney want to do a fourth Pirates film, but we also know that Verbinski has committed himself to doing a film version of the hit video game “BioShock.” Well, zero hour came, and Verbinski had to make a choice. And his choice was: BioShock.

I’m particularly happy to hear this. Three massive pirate films are enough for anyone, and I can relate to his desire to work on something different.

At the same time, I’m also interested to see what someone else does with a Pirates movie. I feel like the fourth one should go in a very different direction than the previous three, with a director that’s going to breathe new life into it and not just copy what the last guy did. They need to come up with a story that deviates from what we’ve already seen that puts Captain Jack in a situation he’s never been in before.

“Shadow of the Colossus” Optioned for Film

Back in 2005, a video game came out that blew my socks off. The game was so incredibly original and well made, it solidified its place as one of my top favorite video games of all time.

The game I’m talking about is titled “Shadow of the Colossus.” The game is this: You are this little guy armed only with a sword, and you have to ride your horse around this massive barren wasteland devoid of human life and kill 16 huge rock monsters called “the colossi.”

The game is absolutely brilliant, and four years after its release, it has been optioned to be made into a film by Sony Pictures. My only concern about this is that they will turn this into a generic suck fest and ignore the elements that made the game so great.

This is also something that shouldn’t be made for cheap. The game was literally on a Lord of the Rings scale, and the creatures were way bigger than anything in Peter Jackson’s films. I’m not opposed to a film version of this game, but hopefully the filmmakers are diehard fans of the game and not hacks who are merely looking for their next project.