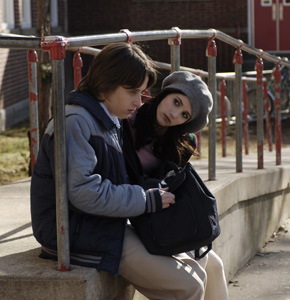 According to Wikipedia, Lyme disease, or borreliosis, is an infectious disease caused by bacteria that’s transferred by ticks. The disease can be disabling if left untreated, affecting the nervous system, heart and other vital organs.

In the late ’70s, a cluster of cases was discovered in the United States leading to the disease’s recognition. Charlie Bragg (Timothy Hutton) is one of the unfortunate people diagnosed with LD. As if that were not bad enough, he witnesses his wife’s (Cynthia Nixon) affair with their neighbor and longtime friend Mickey (Alec Baldwin). And then there’s Brenda, Mickey’s wife, played by Jill Hennessy, whose nervous and uptight character is very much unlike Hennessy’s usual work.

As the two families start to realize the full effects of a simple tick bite, their children Scott (Rory Culkin) and Adrianna (Emma Roberts) begin to fall in love. Tagged with a rather surprising finale, Scott and Adrianna’s union renders a hopeful and cheery feel to the film.