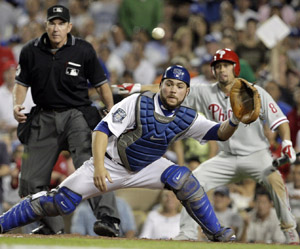 If there is anything to be gauged about this season for the Dodgers after the first week, it is that winning the division will be no cakewalk. Despite being predicted by majority opinion to be the best in the west, the Dodgers put up less than dominating performances in their first two series against the western division San Diego Padres and Colorado Rockies.

Would anyone have predicted a week ago that it would be the Padres in first place? So it goes with baseball, one is advised to expect the unexpected.

Who would have guessed that Manny would be homer-less after seven games? Or that Russell Martin would go hitless for his first 15 at bats. That the much-maligned Dodger bullpen would not allow a single run for 11 innings before collapsing ignominiously last Thursday? Or that minor leaguer Eric Stults, substituting for an injured Hiroki Kuroda, would be called up and pitch a gem?

As the Dodgers return to L.A. this week to play their first homestand, old questions about the viability of their pitching staff remain. But one thing may be certain: The unexpected will be fun to watch.