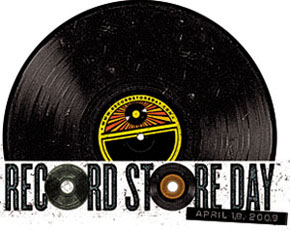 Metallica officially kicked off Record Store Day just last year in San Francisco, and it’s now celebrated every third Saturday of April, which means the 18th this year. The holiday of sorts was originally conceived as a celebration of the unique culture of independently owned record shops, of which there are over 700 in the country and hundreds more internationally.

“I love the smell of them. I love that people actually care for and know about the music they are selling,” says Neko Case of her beloved record stores on the Record Store Day site.

This is a global holiday in which all independently owned record stores unite in order to commemorate the vinyl they have spent their lives studying, cherishing and sharing. Special vinyl and CD releases and various promotional codes are made exclusively for this day by hundreds of artists, including seven-inch vinyl singles from Bob Dylan, Leonard Cohen, the Decemberists and splits from Tom Waits/Lucinda Williams and Sonic Youth/Beck/Jay Reatard, as well as vinyl packages from Radiohead, Wilco and Modest Mouse, just to name a few.

Record Store Day happens to coincide with Coachella this year, and as the official retailer of the festival, they are offering lots of exclusive releases for festival-goers. The Record Store Day tent will host artists for signings, including the Ting Tings, Silversun Pickups, the Kills, Peter Bjorn and John and No Age.

If you’re unable to make it to Coachella (in other words you’re too broke like me), there are tons of performances on the 18th at various record stores, such as the Bird and the Bee at infamous Long Beach record store Fingerprints, where Rilo Kiley and Rivers Cuomo have recorded live albums.

As Paul McCartney once said, “There’s nothing as glamorous to me as a record store.”