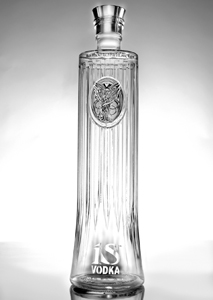 A wise man recently said, “When people get worried they cling to guns and religion.” I would add alcohol to that equation. And, in these uncertain times, who can fault clinging to a clean, crisp vodka on the rocks?

For years I’ve been a Grey Goose man, but I recently had the pleasure to sample a new contender in the vodka field: Ís Vodka (pronounced “ice”). The name “ice” makes sense as the vodka is made using water from Iceland. It is also distilled seven times and uses non-genetically modified European wheat.

I don’t know if any of that matters, but I do know what the result is – a clean tasting vodka with a slight burn on the end, just so you know you’re drinking an actual spirit.

Ís Vodka will be coming to a bar/store near you, so be on the lookout for the new Icelandic kid on the block. Skal! (That’s “cheers” in Icelandic.)

Bottoms Up
Oktoberfest: (Micro)Brew Up Some Fun
2,564 views

Bottoms Up
Dive Bars: Good ’til the Last Drop
2,919 views