Trying to Untie the Knot 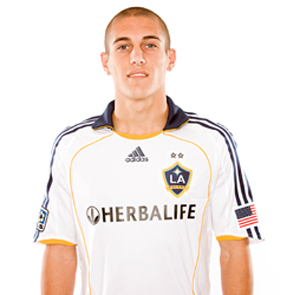 The L.A. Galaxy are still without a victory in the 2009 season after collecting a 1-1 tie in Oakland against the San Jose Earthquakes. Los Angeles’ draw sets its record to 0-1-3 for the year, and the Galaxy are in an obvious slow start, just like last season.

Brazilian forward Pablo Campos netted a goal in the fifth minute to give the Earthquakes a 1-0 edge for over 70 minutes. The Galaxy’s Bryan Jordan scored in the 76th minute to knot the match at one a piece. Jordan’s goal came 20 minutes after he entered the game as a substitution for Mike Magee in the second half.

“Jordan’s pace helped,” coach Bruce Arena said to the Washington Post. “It helped out [our] attack to have a little more speed there.”

The Galaxy are still in search of their first win. They looked shaky on the road, just as they were at the Home Depot Center during their three-game homestand.