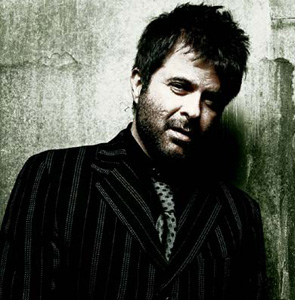 Celebrate the works of Anil Kapoor at this year’s Indian Film Fest.

Hollywood, Schmollywood. This weekend, it’s all about Indian filmmaking. Despite our hometown’s history with the business, India is now the world’s largest producer of movies and Slumdog Millionaire’s Academy Award sweep only solidified the country’s growing importance in cinema.

For the next five days, the country’s vibrant culture and burgeoning film industry will be taking over the ArcLight in Hollywood to present world premieres of some of its best shorts, documentaries and feature-length movies.

Now in its seventh year, the Indian Film Festival of Los Angeles offers the local film community a unique opportunity to learn about both India’s multifaceted culture and long history of filmmaking. There is a festival-long salute to acclaimed actor Anil Kapoor – better recognized as the game show host in Slumdog – with one in-person screening per day from his lengthy catalog of achievements and the shorts programs. These feature everything from computer animated Golden Gate Bridge supports falling in love to children walking home in war-torn Sri Lanka and are so eclectic you’ll forget you’re at a specifically Indian event.

Transforming the ArcLight courtyard into Rhythm Village, the IFFLA will also feature live dance and music throughout the festival. Artists like Rasika Mathur – as heard on “My Name is Earl” and “Weeds” – and Andaaz – UC Irvine’s South Asian a cappella group – deliver performances that fuse East and West cultures as much as the movies playing inside.

In addition to events at the famous Hollywood landmark, the festival is also holding seminars that discuss relevant issues in Indian-American film relations – like “How to Produce Indian Content for the International Market” – with speakers like the CFO of Fox Searchlight and Kapoor, himself.

The IFFLA is not just for Indians, and it’s not just for people interested in the future of the worldwide film industry. The movie schedule is diverse enough for ordinary movie fans and is peppered with enough Western influence that it begs for a crossover audience.

And even if you don’t speak Tamil, it’s OK. Most of the screenings are of the English versions, some have no dialogue and the rest have ample subtitles.