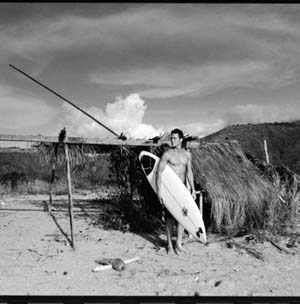 To see Joel West in action during the 1990s was to witness a stunning anomaly. His striking good looks, which can best be described as what might have happened if Jeff Buckley mated with Julia Roberts, catapulted him to the pinnacle of success among male models.

This star of the catwalk and countless publications was chosen by the great Calvin Klein as the face of his highly popular Escape campaign. Yet, with his strong ties to the fashion world, West always maintained a certain level of Steve McQueen cool – a trait that set him apart from the rest of the pack.

Still, he walked away from the flashbulbs and couture of Bryant Park for a subtler life back home in Iowa. From there, West relocated to Los Angeles where he began to pursue acting.

He would later settle down and marry actress Anna Bocci (with whom he has two children) and begin to chase another aspiration: standing on the opposite side of the camera. In recent years, West has reinvented himself as a photographer.

He has shown in a few galleries and also provides his services to actors, actresses and models who wish to work with the best. West takes pride in the exquisite images he’s managed to capture.

But what’s most inspiring about him is the comfort he has in his own skin.

“I have to say it’s pretty fantastic the perspective I have right now as a person – as a dude,” he confesses. “It’s pretty good.”

As for what someone can expect when stepping before his lens, West is equally easygoing.

“They can expect to just relax and get real for a moment and just show the camera who they are without having any insecurities,” he says. “It’s about having confidence in who you are and just projecting that into the lens.”