Anthony Padilla and Ian Hecox: The Smosh boys are bringing funny back. 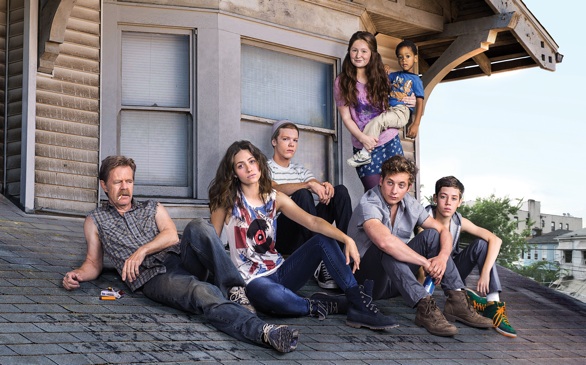 The dictionary doesn’t come in handy much anymore. Words are sporadically created without any hint of what they might mean. I was offered several definitions for this particular word, but the one that really felt appropriate went a little something like this: “Smosh is two dudes making videos that we hope people will laugh at.”

So said Ian Hecox, co-creator of Smosh.com, a forum-based Web site that features videos made by Hecox and partner-in-crime Anthony Padilla. The two work from their homes in the Sacramento area – and by work I mean regularly update their site that has reached teens and young adults across the nation.

The 21-year-old NorCal natives first hit it big with their YouTube series that has nearly 220 million video streams to date. It is the most-viewed comedy channel in YouTube history and third most subscribed channel of all time.

“YouTube is full of videos but, let’s be honest, 99 percent of that is crap,” reveals Hecox. “If people want to be entertained, they come to our site.”

The boys are now launching a brand-spanking new iteration of Smosh.com in union with the digital entertainment group DECA. The online site features games, networking forums and, obviously, the signature videos, which star the fantastic duo who also write, shoot and edit the shorts.

“I’d say [our members] want to hang out with people their age with their same sense of humor,” continues Hecox. “We’ve actually had relationships form through our site. We’ve had moderators who are dating, and they live in completely different states.”

When you talk to the two entrepreneurs, it’s easy to forget who is who or confuse them. Hecox and Padilla admit that it’s a common mistake people make.

“Just make an educated guess,” says Padilla (I think!). “It doesn’t really matter. We both have the same brain.”

Barry Blumberg was once the head of Walt Disney Television Animation and now works closely with the young cyber stars as the president of Smosh.com. Blumberg makes an interesting comparison that forces him to call upon his comprehensive work with Disney.

“[The experience of working with] Jim Jinkins who created ‘Doug’ was very similar to the Smosh experience. There was an earnestness in ‘Doug’ and Jim’s relationship to the character. It’s really similar to the earnestness that Ian and Anthony have and their relationship to the work that they do. It’s very honest. It’s very sincere. They’re not trying to be somebody that they’re not.”

Their close friendship and perfect partnership have brought the boys unexpected fame that comes with the territory of being the funny guys on the World Wide Web.

“If we go to a concert or something, we do get recognized,” admits Padilla. “We’ll do whatever they want. That sounds a little … wrong. This one time I walked into a Hot Topic. I had a Smosh hat on, and this guy started talking to me about Smosh and how awesome it was. He never realized that I was in Smosh videos. I thought that was one of the most awkward things ever.”

Whether they are prepared for it or not, it’s safe to say that the boys are gaining fans by the minute. But what is their appeal to such an expansive cyber audience? Well, Blumberg agreed to join their project, simply because of what Hecox and Padilla were producing.