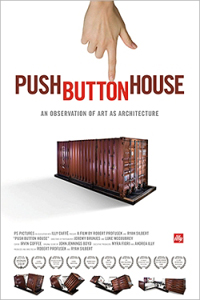 FirstGlance Films has been helping independent filmmakers for 12 years, and their knack for getting the best visual media to the most appropriate eyes is a skill that has helped their long reign. Following their aim to discover unknown shorts, animations, music videos, narratives and documentaries and give them visibility wherever possible, the company organizes contests, events and film festivals where filmmakers can present their work, meet enthusiasts and talk to distributors.

In addition to hour-and-a-half screenings of incohesive video smatter, this year’s festival will feature an online shorts contest where user-submitted content is voted on by visitors to the festival’s Web site, and the winner will be screened during the closing night ceremonies. Voting goes until Friday, and it is here that festival-goers eliminate the judges and interact directly with the films, making for an updated and more personal FirstGlance experience.

Named in TIME magazine’s top 10 list of festivals “for the rest of us,” FirstGlance Film Festival Hollywood will highlight the area’s most interesting undistributed films at historic Raleigh Studios. And for the same cost of going to a “regular” movie theater, why not?