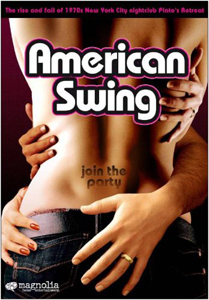 War, What Is It Good For?

One of the greatest anti-war statements ever made, Dalton Trumbo’s 1971 film of his own novel, Johnny Got His Gun, finally gets a DVD release.

Timothy Bottoms plays Joe, a young infantryman in WWI, who is hit by a mortar shell and winds up in a hospital bed, blind, deaf and without any limbs. He’s trapped in a world of isolation, unable to distinguish between consciousness and his nightmares.

This truly horrific film is affecting in a way that few works are. Every member of government in a position to send someone to war should be required to watch it.

Finally available on DVD, Frost/Nixon: The Complete Interviews fleshes out the events of Ron Howard’s film. Unlike the previously available edited version, which focused on Watergate, the complete program shows how much of a skilled politician Nixon was, evading an under matched opponent in David Frost. Also included is a 2007 featurette in which Frost discusses the historical impact of the interview and comments on Peter Morgan’s dramatization.

American Swing tells the story of Plato’s Retreat, the first ever swingers club in New York, where ’70s couples came to swap partners. The documentary brings to life a decade of disco and excess.

Peter Graves stars in the original “Mission: Impossible” series. The mission of IMF, should they choose to accept it, is take on targets the other law enforcement agencies have failed to nab, the Syndicate, evil masterminds and corrupt politicians. For the sixth season, Leonard Nimoy departed the show but Lynda Day George joined the cast. All 22 remastered episodes of the 1971 season (the sixth) are here. One episode alone guest starring William Shatner as a gangster is worth the price of admission.

Freakazoid!: Season 2 contains more manic adventures of the insane superhero, formerly a computer nerd Dexter Douglas who fused with cyberspace. The writing is a mile-a-minute and totally off the wall, sure to please the growing legions of the ADD-afflicted.

Ron White: Behavioral Problems: Ron White is like the drunk uncle who corners you at the family gathering – brash, crass and thinks he’s really telling you something. Like the rest of his Blue Collar cohorts, he’s more of a personality than a comic, with his cigar, glass of Scotch and smug grin. The material never quite materializes into jokes, but just kind of goes on like your uncle’s stories, amusing in their sloshing maleness, but ultimately, you grow weary and try to think of an excuse to move on when you notice your cousin has a Nintendo Wii.

Warner Brothers has released a series of moderately priced Blu-Rays for those trying to beef up their fledgling HD libraries. Varying in both quality and need for high definition, they include: The Wedding Singer, American History X, Final Destination, Taking Lives, 2010, John Q, Tango & Cash, Above the Law, Point of No Return and Collateral Damage.