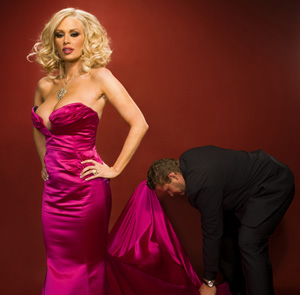 Naked Ambition, An R-Rated Look at an X-Rated Industry is less of a documentary and more of a video diary by celebrity photographer Michael Grecco about the making of his book, Naked Ambition.

At least you know what you’re in for: a tongue in cheek (if you’ll pardon the pun), comically personal look at the sex industry. Naked isn’t as titillating as it is fascinatingly unusual.

He’s quick to point out there seems to be no shame at the convention, that all the performers are happy and well adjusted, devoid of the shame the industry once implied.

But that is the fault in Naked.

Grecco has created portraits; surface snapshots of people rather than in-depth investigations into the minds of these performers.

In the end, Naked only scratches the surface and gets to first base.