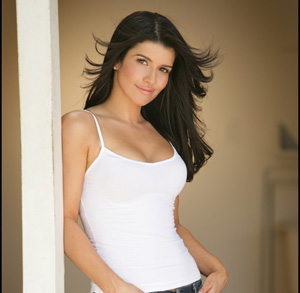 In the arts, it often advised to “write what you know, write your life.” Some of the greatest works come from the darkest of places, the depths of one’s soul, one’s pain and heartbreaks.

In the case of Gina La Piana, a passionate musician/actress, this rings true. Her new CD, Gina La Piana, has inspirational songs stemming from her own personal pains and troubles – love, life losses and lessons.

Her lyrics reflect isolation, loneliness and troubled times, yet leave the listener empowered and hopeful.

Acting and singing since age 6, La Piana is a natural performer, and her career has been a sort of calling. Her real-life drama resembles a soap opera, as she was contacted as a teen by her long-lost mom and little sister, who tracked her down and invited her to join them in Hollywood.

Immediately she set out on her path, going on auditions and landing a role at age 17 on “Boogie’s Diner,” a show that, while only lasting one season, was an amazing life experience for La Piana.

Since then, she had the amazing opportunity to perform two songs, “I Don’t Want to Start Over” and “Fly Away,” for Aaron Sorkin’s “Studio 60 on the Sunset Strip.” She also signed as a solo artist through MCA with Randy Jackson – every American Idol’s dream!

Her latest record is an eclectic mix of pop rock with an edge.

Hoping to inspire others, while also venting her emotions, La Piana’s pro-female lyrics encourage women to go out and live life, and do it for themselves. Having always been amused and influenced by “I Love Lucy”’s Lucille Ball, La Piana hopes to combine music, TV and humor, and is plugging away for her own comedy series.

She also is scoring two music soundtracks for the upcoming films, Robosapien: Rebooted and Opposite Day.

Her advice to those pursuing the arts?

“Keep a thick skin and have a very strong support system to rely on. If you’re alone in this world, the crazy hours and stiff competition can be tough. My music and core group of girlfriends have built up a really strong emotional network!”