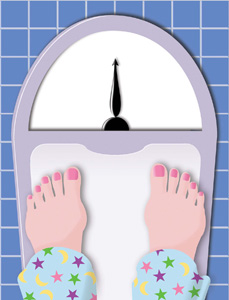 May 6 the Student Development Health Education at UCLA presents International NO Dieting Day, a fair promoting healthy eating habits and ways to stay fit and active without a restrictive diet. The fair also challenges stereotypes of beauty.

International NO Dieting Day was established in 1992 by a British activist and a group called the Diet Breakers. Their goal was to challenge cultural values that contribute to chronic dieting, food and weight preoccupation, disordered eating and size discrimination. The fair runs from 10 a.m. to 4 p.m. in Bruin Plaza.

Saturday, May 9 come by the Ragazzi Room near USC for the third installment of BoredLA’s “Your Art Show.” As usual, there will be displays of student-submitted art, a full music lineup, Chalk Revolution will supply chalk for graffiti on the sidewalk, Ratscratch photobooth and of course, wine and tapas deals at the lovely Bacaro L.A. next door. Don’t miss the hippest student art show around, for free!

Mystery Donors Give over $45 Million to Universities

Most of the money must be used for student scholarships, which is awesome, and the remainder can be used towards research, equipment, strategic goals and operating support. Thank you anonymous-higher-education-supporter!

Earth Day Video by USC Alum to Premiere on YouTube

“Shifting Baselines in the Tijuana Tide,” a five-minute video produced by USC alum Randy Olson premiered on YouTube on Earth Day. Olson, now a marine biologist, attended the USC School of Cinematic Arts, earned his MFA in 1997 and has since been producing films on the marine environment.

The five-minute short was produced by Shifting Baselines Ocean Media Project, which is based in Hollywood, and reveals how the Tijuana River carries loads of pollution across the border. Sixty percent of Tijuana’s raw sewage flows directly into the river, which then causes beaches north of the border, such as Imperial Beach, to shut down most of the year because of poor water quality.

The video is part of Olson’s ongoing collaboration with the Ocean Media Project to unite conservationists with filmmakers in order to communicate environmental issues to a wider audience.