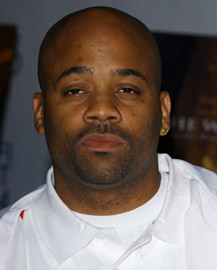 "I’m definitely a student of the game," says Damon Dash, the hip-hop impresario and clothing marketer, discussing his burgeoning career as a filmmaker.

With three directing credits – 2002’s Paper Soldiers (co-directed with David Daniel), 2003’s Death of a Dynasty and the just-out State Property 2 – Dash is becoming a force in the urban-film genre. He also has acted in a handful of pictures, including SP 2, and served as a producer and executive producer on several titles, among them last year’s critically lauded Kevin Bacon starrer, The Woodsman.

So how does a guy find time to make films while he runs his own eponymous music label, a management concern for boxers, a shoe company, a brand of watches and – with his ex-Roc-A-Fella Records partner, rapper Jay-Z – the Rocawear clothing line and Armadale Vodka?

"I’ve just got to make the time," Dash responds, on the phone from his office in New York. "There are 24 hours in a day and I just try to use all 24 hours of it. ... There’s just no sleeping a lot of times. I’ve got a lot of energy for some reason – I think it’s just because everything I do I really love. I would do it for free. It doesn’t feel like work."

"I’m the kind of guy that, if I see something and I think it can be done better, then I take matters into my own hands," the Harlem native explains. "As far as urban movies go, I’ve always watched (them), and I knew for a fact that I could do it better. Just because I’ve had way more actual experience in the kind of environment that those movies deal with. I try to pay attention to details, subtle details.

"I always thought that if I had the opportunity, I could make a better movie, especially within the urban demographic."

And Dash is the kind of guy who makes his own opportunities. SP 2 is full of product placement for State Property and Rocawear clothes and Armadale Vodka. It also serves as a promotional vehicle for Dash’s roster of artists.

"There’s a lot going on there, but they all relate," says the one-man synergist. "State Property 2 is, one, a good movie ... and, two, State Property is also a clothing line that we have. It’s also (the name of) a rap group that we have, and then we also get to play our music from the ... other artists. Every brand that I have is subtly in the movie.

"So, it’s advantageous for all my different brands. As I’m directing the movie, I’m also working for every other one of my companies."

"For camera movement, I like Scorsese," says Dash, 33. "And specifically, with State Property 2, I was influenced by a lot of different movies, like Snatch and Requiem for a Dream and City of God. ...

"I didn’t go to film school, so I have to say that a lot of my style as a moviemaker is from me just watching, just picking up from what I like. ... And then it’s also very challenging working with these small budgets, you know. It takes a lot of work. And the more work you put in something, the more you have a vested feeling in it.

"I feel like I have a bond with independent filmmakers. I can understand the struggle," says Dash, who acknowledges that unlike many of those auteurs, he has other businesses to fall back on. "They go really all-out. I have an admiration for their passion for the art of filming."