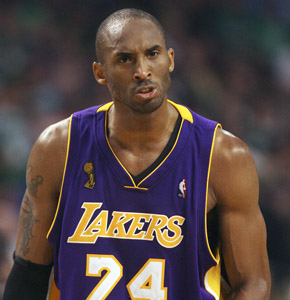 It began in the first round of the ’81 playoffs. The LAKERS – led by Magic Johnson and Kareem Abdul-Jabbar – squared off against the Rockets – anchored by Moses Malone. Houston defeated the legendary Showtime squad in a thrilling 89-86 game three upset and eventually made their way to the finals. Then in ’86, the Lakers came into the Western Conference Finals as the defending champs, but the Rockets’ Twin Towers (Hakeem Olajuwon and Ralph Sampson) dominated the series.

The teams met four times in the playoffs during the ’90s: The Lakers won in ’90 and ’91; Houston prevailed in ’96; and their ’99 match-up (which the Lakers won) was star-studded – Olajuwon, Charles Barkley and Scottie Pippen versus Shaquille O’Neal, Kobe Bryant and Glen Rice.

Since then, the teams have only met in the first round of the 2004 playoffs (pitting Yao Ming against O’Neal) when the Lakers took the series 4-1, but they face off in this year’s Western Conference Semifinals.

The Lakers swept the Rockets in all four regular season meetings and should take the series in five games. Game two is Wednesday at Staples Center. Then they travel to Houston for the next two matches (Friday and Sunday). If game five is necessary, it will also be in Houston Tuesday.