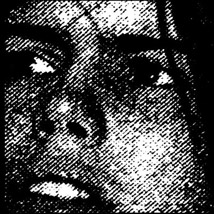 San Diego’s surf and sand does not always compute to fun in the sun. Case in point: synth-punk Crocodiles, who thrive in the shadows. Charles Rowell and Brandon Welchez etch minimalist, doomy rock with a debt to the Velvet Underground, the Jesus and Mary Chain and Suicide. When Crocodiles sing about hanging out in their bedroom solitude, during dirge descant “Soft Skull,” life centers around six-inch gashes, shotguns and lying beneath the blanket like a stranger in a strange land.

Scuzzy keyboards, gritty guitars, modified vocals and warped percussion wreck havoc on tracks filled with alienation, frustration and youthful withdrawal, such as electro-clash cutlet “Refuse Angels,” which surges with a dance floor pulse, but is anything but comfortable.

Hidden underneath the reverb, distortion and corrosiveness, though, is an appreciation for melody, especially during fuzz-drenched “Flash of Light,” unexpectedly poignant “Here Comes the Sky” and album-ending epic “Young Drugs,” akin to Spiritualized stripped to enervating essentials.

Summer of Hate is currently available.