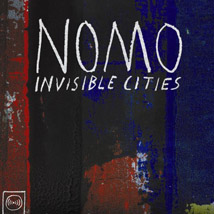 Recorded over the last year, Invisible Cities picks up where the last album left off and adds personality to an already unique band. Known for their electric kalimba side business, Nomo utilized their homemade instruments to play a predominant role throughout the entire nine-song listen.

Although both albums were recorded at roughly the same time, they are two different beasts. Each album seems to build an empire of soul that the band thrives on.

“Waiting” is perhaps the finest song produced out of the joint venture of both albums. Not far behind is the title track and “Patterns.”

CD Reviews
An album about fame? Yawn. But Billie Eilish upends cliches on sumptuous 'Happier Than Ever'
1,115 views