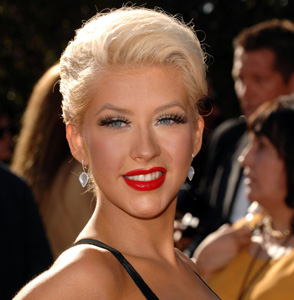 Another singer has caught the acting bug. Christina Aguilera is apparently planning to make her film debut in a piece currently titled Burlesque.

My stance on singers becoming actors is this: don’t. Once in a blue moon a musician or singer will foray into acting and excel at it, but most of the time it’s quite the opposite.

Sometimes I feel that a lot of people think acting is just another “cute” way to make money and be a star. Acting is a craft. You’re either an actor or you’re background.

However, if there’s one thing I appreciate it’s burlesque. From the sound of it, this movie is going to feature Aguilera (and probably other cute girls) in skimpy clothes and garter belts, which I completely am in favor of.

Plus, I’m pretty sure this is going to be a musical, so it’s probably a smart move on her part. If there’s one thing that will effectively get me to contradict all my movie principles, it’s a film about girls in burlesque.

Depp to Play Tonto in The Lone Ranger

Disney is reaching into its vault and dusting off an old franchise for updating. “The Lone Ranger” is set to become Disney’s next franchise, and there are three reasons why I think this is going to be huge: Ted Elliott, Terry Rossio and Johnny Depp. Elliott and Rossio were the ones who polished up the screenplay for the first Pirates of the Caribbean film and wrote both of the sequels, and Depp, of course, is the one who made the films a gazillion dollar franchise.

The writing team of Elliott and Rossio is one of the most solid and effective writing teams working right now. Together they’ve written and/or polished the scripts for Aladdin, The Mask of Zorro, Shrek and the Pirates films.

And, as for Depp … well … let’s just say the guy is a chameleon. What’s interesting is that Depp isn’t playing the Lone Ranger in this film; instead he’ll be starring as Tonto, the Indian who nurses the title character back to health after he survives an ambush from outlaws.

No word on who’s going to play the Lone Ranger, but Mike Newell (Harry Potter and the Goblet of Fire, Prince of Persia: The Sands of Time) is set to direct. This is an extremely solid team, and I’m already looking forward to this one.

English Remake of Tell No One?!

One of the best films I saw last year was a French film titled Tell No One, directed by Guillaume Canet and starring François Cluzet. The story followed a doctor who, years after his wife’s murder, receives evidence that she’s still alive right after the police make him the prime suspect in her murder case.

I realize that filmmaking is a business. I get that. But the business also needs people like me to encourage others to strive for originality. You don’t remake an incredible film, you remake films that had great concepts, but for whatever reason didn’t quite work out as well as they could’ve.

For crying out loud, the film only came out in France three years ago! Oy vey!