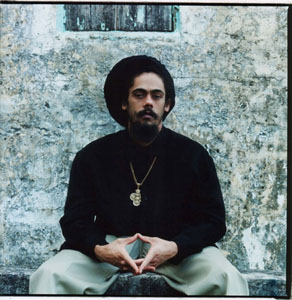 The local stop for the Rock the Bells 2009 Festival Series will be at the San Manuel Amphitheatre in San Bernardino Aug. 8. Billed as North America’s only major touring hip-hop festival, this year’s event will be headlined by Nas and Damian “Jr. Gong” Marley, the Roots, Big Boi, Common, Busta Rhymes, the GZA and the Knux.

MC Supernatural, Murs, Pete Rock and KRS-One will be serving as hosts, and KRS-One will also be presiding over the Temple of Hip-Hop, a unique fan experience dedicated to cultivating hip-hop culture by hosting guest speakers, workshops, art displays, book signings and more.

Some of the additional acts scheduled to appear include Tech N9ne, Sage Francis, Necro, Raekwon, K’naan, Buckshot and the original lineup of House of Pain. Tickets are on sale now; more info at guerillaunion.com.

John Varvatos Enterprises, SPIN Earth and Island Records have launched a competition to find the “next great rock ’n’ roll band.” The Free the Noise battle of the bands contest is open to all up-and-coming unsigned bands; to be considered the band must upload a video of a recent performance of original music at spinearth.tv/freethenoise by July 31.

Finalists will be chosen in August, and they’ll be flown to New York during Fashion Week in September where they’ll perform at John Varvatos’ 315 Bowery, the club that occupies the former home of legendary club CBGB. The winning act will receive a development deal with Island and get lots of exposure on SPIN Earth and in the next John Varvatos advertising campaign.

The Sea, The Sea

Simon Petty, singer for the on-indefinite-hiatus Minibar, is readying his first solo album under the moniker Solomon’s Seal. Petty chose the stage name because the plant by the same name is believed to have healing qualities, and he’s calling the album The Sea, The Sea because of the deep inspiration he draws from the ocean.

“I find the sea a soulful place, a place of healing that I find myself returning to,” says Petty. “Subconsciously it became a recurring theme.”

“I Built a Fire” and “Diamond in the Sand” were inspired by the ocean, and Petty will perform both songs at the Solomon’s Seal CD release show at Largo on Saturday, May 29. The Sea, The Sea officially drops a few days later on June 2.

Jarvis Cocker, perhaps best known for his work with Pulp, has issued an advisement to his fans that they can expect further complications. Or rather, Further Complications, his latest solo release.

Referring to the album as “solo” may be a bit of a misnomer though; Cocker works with a five-piece back-up band and has stated that he wanted this album to sound “more like a group effort” than his last release. To that end he’s working with the same group of musicians that he brought to Chicago’s Pitchfork Festival last year, an outfit which found it could rock a little harder than Cocker’s fans might be used to.

A trip to Greenland not only inspired Cocker to write one of Further Complications’ stand-out tracks, “Slush,” but the Arctic cold also inspired the singer to grow the beard that he continues to sport.

“The amount of grey in it horrified me at first,” says Cocker. “But now I think it acts as a handy reminder of my own mortality.”

Further Complications drops through Rough Trade May 19, and Cocker will be touring behind the album beginning in July, although specific dates and cities have not yet been announced.