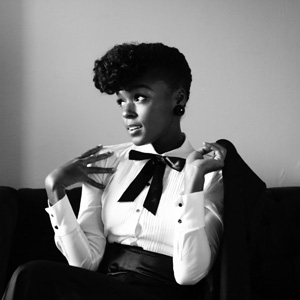 The Student Committee for the Arts at UCLA will be presenting Janelle Monáe live in concert Thursday, May 14 at 8 p.m. at UCLA’s Royce Hall. A free concert for Bruins (though tickets must be picked up in advance), this performance will feature Grammy nominated artist Monáe along with a special opening performance by the Elevaters.

Monáe is an Afro-punk musician known for her stage presence and unique style, and has recently been included on Rolling Stone’s Hot List. The Elevaters, formed at UCLA by a group of UCLA students, blend funk, rock, hip-hop and soul into a fresh new sound. For more information, visit cto.ucla.edu.

Now through June 6, the UCLA Film & Television Archive and the Center for Near Eastern Studies at UCLA will be presenting “From Casablanca to Sahara: Hollywood’s North Africa” at the Hammer Museum’s Billy Wilder Theater. Head to the Hammer May 15 and catch the classic Road to Morocco.

Bing Crosby, Bob Hope and Dorothy Lamour join forces for this wisecracking, escapist fantasy. After being shipwrecked in Morocco, Crosby sells Hope into slavery while trying to make some money, and Hope ends up in the lap of luxury (and Lamour).

The intent of this series is to better understand Hollywood’s obsession with North Africa and raise questions about how this fascination has affected our culture today. Admission if free, and you’ll even be treated with a shorter film of the same breed, Beau Hunks, before the main feature. 7:30 p.m.

Hosted by the UCLA Burkle Center for International Relations, the Daniel Pearl Foundation, the Yitzhak Rabin Hillel Center for Jewish Life at UCLA and the Dortort Center for Creativity in the Arts at UCLA Hillel, UCLA’s Ackerman Ballroom will house the 2009 Daniel Pearl Memorial Lecture. The event will feature Anderson Cooper, CNN’s famed anchor and correspondent as the featured speaker, with an introduction by Mayor Antonio Villaraigosa.

The event will take place Sunday, May 17 from 5 p.m.-6 p.m. While free to the public, online registration for the event is closed, however additional seating, as well as standing-room only space will be available on a first-come, first-served basis. For more information, visit international.ucla.edu/burkle.

Originally from Puerto Rico, Garcia is an expert percussionist who has been voted one of the top Latin percussionists in Modern Drummer magazine’s Reader’s Poll. Garcia will also team with head of the Vocal Department’s Tierney Sutton to create a “Percussion for Vocalists” class. For more information, visit lamusicacademy.edu.